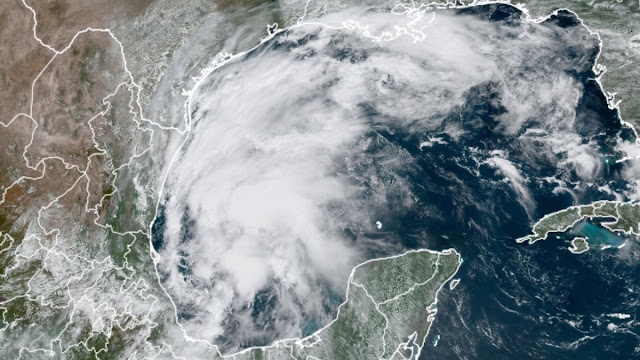 Tropical Storm Nicholas is expected to bring strong winds and heavy rainfall to the Texas coast Monday before moving on to Louisiana.
The southern part of Texas' coast is under a tropical storm warning issued by the National Hurricane Center (NHC) as of Sunday.
The affected regions are listed as the mouth of the Rio Grande to Port Aransas.
The storm isn't forecasted to develop into a hurricane, with winds predicted to max out at 40 mph, but there's potential that it could intensify if it veers right of the projected path and lingers longer over water.
The storm will likely pummel the region with heavy rainfall, expected to impact parts of Texas and Louisiana through mid-week.
The NHC is also warning of potentially life-threatening storm surges along the coast of Texas from Port Aransas to San Luis Pass.
In a statement, Texas Gov. Greg Abbott (R) said he has deployed resources in preparation of Nicholas' landfall.
"We will continue to closely monitor this storm and take all necessary precautions to keep Texans safe," he wrote. "I encourage Texans to follow the guidance and warnings of their local officials and be mindful of potential heavy rain and flooding."
The Tropical Storm warning comes two weeks after Louisiana was battered by Hurricane Ida, exactly 16 years after Hurricane Katrina hit the state. Hurricane Ida left 26 people dead throughout Louisiana, almost half from overheating when electricity was out after the storm.
Texas