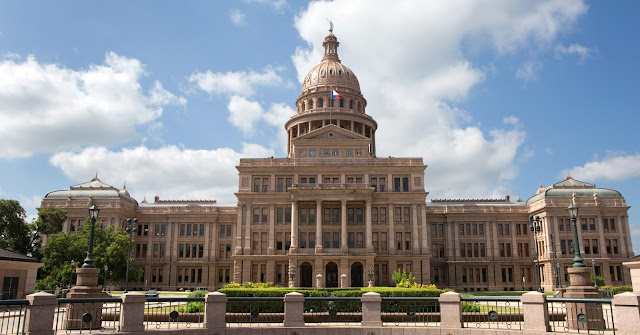 Texas Republican legislators coming off a successful effort to overhaul the state’s election procedures are preparing new legislation that would dramatically expand the rights of candidates and political party bosses to force mandatory audits of future elections.
The legislation, introduced by a former elections official who now serves in the state Senate, would allow those with a direct stake in election outcomes to formally seek answers from county clerks about potential irregularities in reported results and to elevate concerns to the Texas secretary of state.
Those who could raise potential objections to election results include a candidate, the chair of a county or state political party, the presiding county judge — effectively a county’s top executive — or the proponents or opponents of a ballot measure campaign.
The secretary of state would be allowed to order a review and potentially an audit. The legislation is written to grandfather in complaints about the 2020 presidential election, giving new life to former President Trump’s unfounded claims of widespread irregularities that have not been proven.
“One of the common mistakes from the Rio Grande all the way to the Red River is you’ve got precincts that have more votes than registered voters,” said state Sen. Paul Bettencourt (R), the lead author of the bill. “What SB 97 does is set up a way to ask those questions and get answers, and if we don’t get answers the secretary of state can order an audit.”
“What gets measured gets fixed. In an election, you’ve got to be able to do that, you’ve got to be able to ask the question,” he said.
Bettencourt is a former voter registrar in Harris County, Texas's largest, the home of Houston — and the source of many of the election administration changes in 2020, taken in the midst of a pandemic, that so angered state Republicans.
The new legislation raised alarms among voting rights advocates when it came up in the closing days of the second special session called by Gov. Greg Abbott (R). The bill passed the state Senate, but it arrived too late for the state House to take action.
“Any attempt by the Texas legislature to undermine the integrity of Texas elections should be rejected,” said Sarah Walker, executive director of the voting rights group Secure Democracy. “If passed, this bill has the potential to be far more costly for taxpayers and generate much more chaos than the recent politically-motivated election investigation in Arizona.”
Stephanie Gomez, the associate director of Common Cause Texas, pointed to a provision that requires counties to bear the expense of challenges that would come from partisan actors.
“Our county clerks are public servants — they are not enemies of our democracy. This bill thoroughly disrespects the work that county clerks perform every election and weaponizes our elections for partisan aims,” Gomez said. “This is partisan grandstanding at the expense of taxpayers.”
Abbott has called a third special session, set for Sept. 20, to consider redistricting plans and a host of his other legislative priorities — including a controversial effort to ban transgender girls from participating in women’s sports. Abbott has not included the measure on his list of priorities for the new session.
But in a telephone town hall meeting Tuesday, Lt. Gov. Dan Patrick (R) said he supported the bill. Patrick, who leads the Texas Senate, plays a powerful role in setting a session’s agenda.
“The lieutenant governor was asking for this bill,” Bettencourt told The Hill in an interview.
The elections overhaul measure Abbott signed on Tuesday already contains new provisions that require the secretary of state to conduct post-election audits of general elections held in even-numbered years. The law requires audits of four randomly selected counties, at least two of which have to have populations larger than 300,000 — a provision that guarantees closer scrutiny of larger counties that have trended toward Democrats in recent years.
Bettencourt said he had serious concerns about election procedures that had taken place in other states. He pointed to several states that Trump won in 2016 but lost to President Biden in 2020.
“I look at Georgia, I look at Pennsylvania, I look at Wisconsin, I look at Michigan, how could you possibly not have signature verification of absentee ballots?” he asked.
Republicans in all four of those states have proposed or begun the process of conducting post-election audits after Trump’s loss.
Bettencourt said the new proposal carried a unique angle in allowing party committees or candidates to raise potential objections. He compared it to another bill that passed the Texas legislature this year that has earned headlines for its new approach to an old political debate: The law that will effectively outlaw abortions in the Lone Star State after six weeks, by allowing citizens to take someone to court if they had aided another person in accessing an abortion.
“I’m hopeful that we can get this done. I think it’s as unique as a solution as our heartbeat bill was,” he said.
Texas