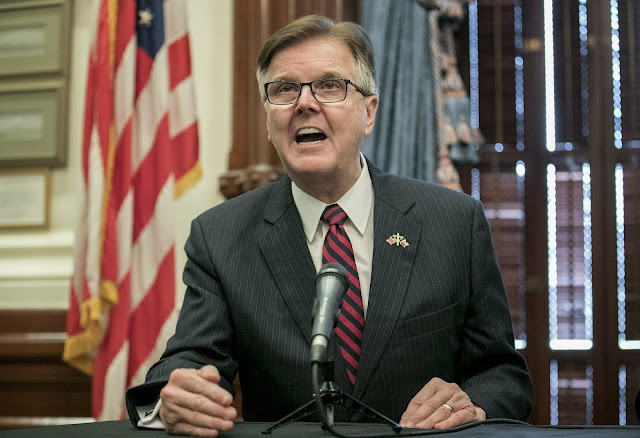 Texas Lieutenant Governor Dan Patrick (R) on Monday slammed Portland, Ore., as a “dumpster fire” over the city’s planned boycott of Texas over a recently enacted abortion ban.
The Portland City Council will vote Wednesday on whether to ban trading goods and services with The Lone Star State and barring state employee business travel as well.
The ban would stay in effect until the state of Texas withdraws the abortion ban or it gets overturned in court.
“It’s comical that Portland mayor @tedwheeler is worried about Texas when his city defunded the police and he had to ask citizens to ‘take back the city,’” Patrick tweeted Saturday.
“Texas is solidly #prolife and Texans support law enforcement. Meanwhile, Portland is a dumpster fire and Texas is thriving,” he said.
Patrick separately slammed the planned boycott as a “complete joke.”
“Portland boycotting Texas is a complete joke. A city led by depraved officials allows lawlessness, putting their citizens in grave danger. A boycott will hurt them, not us. Texas’ economy is stronger than ever. We value babies and police, they don’t,” Patrick said.
Portland’s boycott comes as Texas has faced backlash over the abortion ban. The Supreme Court voted 5-4 last week to not take up an emergency challenge to block the bill.
The legislation, S.B. 8, bans abortions once a “fetal heartbeat” is detected, which usually occurs at six weeks in pregnancy.
The measure also allows citizens to sue individuals that perform or assist in an abortion in violation of the law. Plaintiffs could recover up to $10,000 in damages for every successful case.
Wheeler announced the city council vote last week. He said in a statement that the law “does not demonstrate concern for the health, safety, and well-being of those who may become pregnant.”
“It violates the separation of church and state. And, it will force people to carry pregnancies against their will,” Wheeler said.
Texas