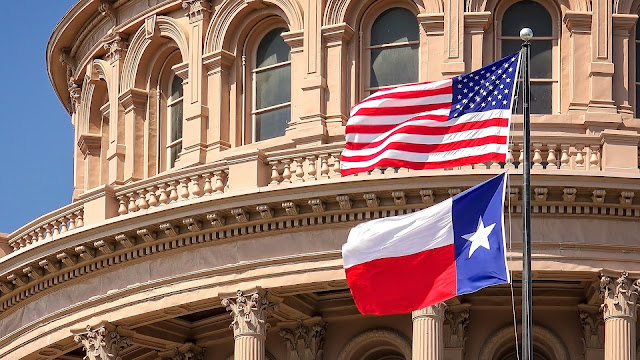 The Texas Legislature’s special session ended Thursday with Republicans passing much of Gov. Greg Abbott’s agenda, including a divisive elections overhaul and hot-button social issues that play to conservative GOP primary voters they’re courting ahead of next year’s election.
The Legislature sped through bills to restrict medication abortion, overhaul the bail bond system and spend an extra $1.8 billion on border security in the two weeks after House Democrats gave up a boycott that stopped the chamber from conducting any business for most of the summer.
A few of Abbott’s priorities failed, including one that would restrict the sports teams transgender students can play on, canceling city and county requirements for business such as requiring sick time, changing House quorum rules in response to Democratic walkouts and legislation to ban mask and vaccine mandates in public schools.
But those issues and others could resurface in a third special session expected to start later this month when state lawmakers will take up the hyperpartisan task of redrawing the state’s political maps. A last-ditch effort by the Senate on Thursday to pass a bill allowing an audit of the 2020 election and all future contests could be another contender.
The late-summer overtime session yielded a higher percentage of victories for Abbott than a 20-item session four years ago, when lawmakers passed more abortion restrictions but deadlocked on about half of the governor’s requests, including a transgender “bathroom” bill and tighter caps on local property taxes.
Asked if Abbott had racked up a better batting average this time, Arlington GOP Rep. Tony Tinderholt agreed he had.
“Yes, but 100% would have been even better,” said Tinderholt, one of the House’s most conservative members. “There’s potential for that because we’re going to have another special on redistricting, right?”
The session’s end marks the close of a tumultuous summer, when the usually collegial House was racked with partisan divide. Democrats’ weeks-long boycott of the elections bill prompted Abbott to call two special sessions, led House Speaker to issue warrants for absentee members’ arrest and fueled a bitter war of words between members over social media.
“Relations are a bit strained, but I really tip my hat to those people who did return,” said Rep. Jim Murphy, R-Houston.
“It’s critically important that the way we finish this session is how we start the next,” he added. “That’s why, we’re trying to get out early and trying to get out with positive moods.”
Phelan did not directly address the quorum break after the adjournment, issuing a statement that said he was grateful for the service of House members “who devoted their time and energy throughout the regular session and two special sessions
“During this special session, the Texas Legislature passed landmark legislation, including providing needed income to our retired teachers, improving our foster care system, creating uniformity in our state’s election code, attacking the scourge of human trafficking by securing our border, and reforming our bail system to keep our streets safe,” the statement said.
Some measures passed with bipartisan support. Lawmakers agreed to give retired educators a bonus pension check and shore up funding for the foster care system. They also passed a bill to prevent dating and family violence named after Christine Blubaugh, a Grand Prairie teenager who was murdered by her ex-boyfriend in 2000. Abbott vetoed a similar measure that passed with bipartisan support during the regular session, asking lawmakers this time around for a proposal that “recognizes the right of parents to opt their children out of the instruction.”
Ultimately, the governor alone sets the agenda for overtime sessions, so Democrats said they had little opportunity to bring up their own priorities.
“There were no opportunities for Democrats to present any of the issues that were important to our base and our communities,” said Rep. Toni Rose, D-Dallas. “We came back and just everything we passed was Republican related.”
A few House Democrats still have not shown up in the chamber since breaking quorum in mid-July, when a majority fled to Washington D.C. to lobby Congress for federal voting rights legislation.
“This special session was nothing but a continuation of the lunacy that we saw during the regular session, and I personally did not want to be a party to it,” said Rep. Jasmine Crockett, a Dallas Democrat who remained in Washington after some members returned to Austin.
Despite the anger of some House Republicans, who continued to show up at the Capitol through the summer without the ability to conduct business, lawmakers did not pass any changes to their quorum rules.
On the final day of the session, lawmakers signed off on a bill to continue funding for the Legislature and its roughly 2,100 staffers. Abbott vetoed the money after House Democrats killed his priority elections bill in the regular session.
Also resolved after a 24-hour, House-Senate standoff was agreement to add $180 million for anti-gang grants to a $1.125 billion supplemental spending bill.
Among other things, the bill provides $701 million for a one-time supplemental pension payment to retired teachers, more than $313 million to restore the Legislature’s funding that Abbott vetoed and $90 million in grants for hard-pressed foster care providers.
The Senate pushed hard for the grant money for anti-gang programs, which would flow through Abbott’s office. Only Harris, Dallas, Bexar, Tarrant, Travis and El Paso counties would qualify. House Democrats slowed approval of the money, but Friendswood GOP Rep. Greg Bonnen, the House’s top budget writer, eventually pushed it through.
The Legislature also passed legislation that would prohibit the transportation, storage and disposal of high-level radioactive waste in the state.
Abbott included efforts to limit such radioactive waste on his special session agenda, reviving debate over the issue. Much of the high-level nuclear waste from around the country that would be headed for a proposed facility in West Texas could be transported through the Dallas-Fort Worth area.
Texas