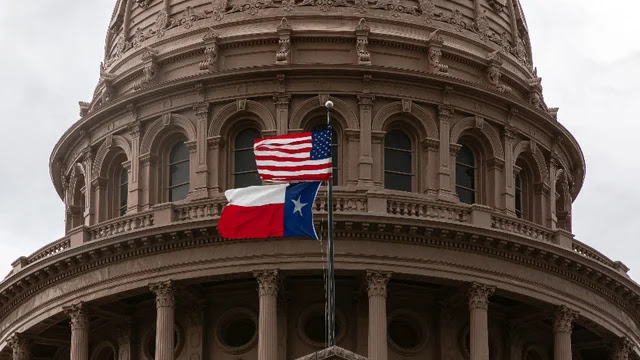 Texas Gov. Greg Abbott (R) on Tuesday ordered a third special legislative session of 2021, saying lawmakers will focus on redistricting lines and vaccine mandates.
"The Texas Legislature now has the opportunity to redraw legislative and congressional districts in accordance with the new census numbers," Abbott said in a statement.
"In addition to redistricting, there are still issues remaining that are critical to building a stronger and brighter future for all Texans," he added.
The redistricting goal has already sparked a lawsuit.
Last week, two Democratic state lawmakers -- Sens. Sarah Eckhardt and Roland Gutierrez -- filed a lawsuit against Abbott seeking to prevent redistricting during a special session, arguing it would violate the state constitution.
“The plain text of the Texas Constitution prevents the Legislature from apportioning its State House or State Senate districts in a special session at this time. Therefore, this Court faces the necessary duty of ensuring a constitutional administration of the 2022 Texas election cycle by drawing an interim map," the lawsuit states.
Abbott on Tuesday also directed legislators to work out how to allocate $16 billion in COVID-19 relief funding, revisit legislation limiting transgender participation in sports and consider legislation barring vaccine mandates.
Earlier this summer the governor attempted to pass legislation barring transgender students from playing on sports teams that align with their gender identities. However, a state House committee did not hold a vote on the measure.
Abbott is also seeking legislation against mask mandates as he fights with school boards across the state that are requiring facial coverings in the classroom.
Texas