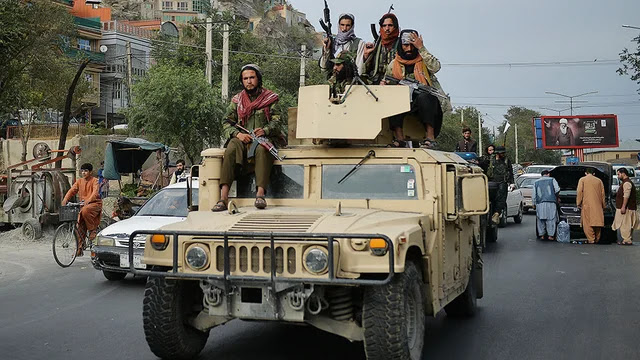 The Taliban announced an interim Afghan government on Tuesday, naming the leader of a U.S.-designated terrorist group as its acting interior minister.
Taliban spokesman Zabihullah Mujahid told reporters that the interim government will be led by Mullah Mohammad Hassan Akhund. Abdul Ghani Baradar, who co-founded the militant group, will serve as deputy leader, Al Jazeera reported.
Sarajuddin Haqqani, who is wanted by the FBI, was named as acting interior minister, according to the news outlet.
Haqqani leads the militant group the Haqqani network, according to BBC. The United States designated the group a terrorist organization in 2012.
The FBI is currently offering a $5 million reward for information leading to Haqqani’s arrest. He is wanted in connection with an attack on a hotel in Kabul that killed six people, including an American citizen in 2008.
The FBI also says that he was allegedly involved in planning an assassination attempt on former Afghan President Hamid Karzai in 2008.
The Taliban also appointed Mullah Yaqoob as defense minister, BBC reported. Amir Khan Muttaqi has been chosen as acting foreign minister, and Mullah Abdul Salam Hanafi will serve as a second deputy.
Mujahid reiterated that the lineup was an “acting” cabinet and said the Taliban will “try to take people from other parts of the country,” an apparent nod to previous pledges to form an "inclusive" government.
The announcement for the Taliban comes a day after the militant group declared victory in Afghanistan’s Panjshir province, the last region that was not under its control.
The militant group rapidly took over strategic portions of the country last month as the United States and allies were withdrawing.
The Biden Administration has not recognized the Taliban as the legitimate Afghan government, though it has engaged with the group in ongoing efforts to evacuate Americans and their allies.
Secretary of State Antony Blinken said last Friday that any government the group forms must uphold commitments to the international community, such as ensuring freedom of travel, cooperating on counterterrorism, and respecting the rights of women and minorities.
World