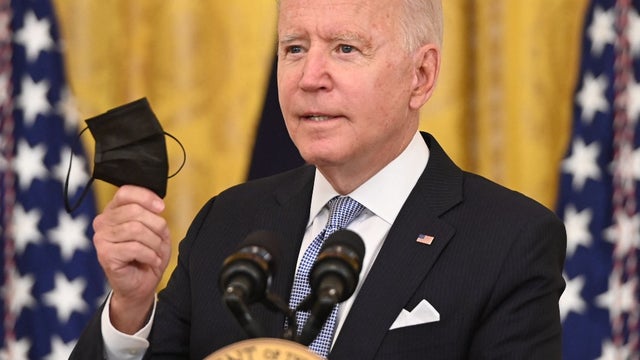 The Republican National Committee (RNC) has vowed to sue the Biden administration over its COVID-19 vaccine and testing mandate.
“Joe Biden told Americans when he was elected that he would not impose vaccine mandates. He lied. Now small businesses, workers, and families across the country will pay the price. Like many Americans, I am pro-vaccine and anti-mandate,” RNC chairwoman Ronna McDaniel said in a statement on Thursday
“Many small businesses and workers do not have the money or legal resources to fight Biden’s unconstitutional actions and authoritarian decrees," she continued, "but when his decree goes into effect, the RNC will sue the administration to protect Americans and their liberties.”
McDaniel also took to Twitter, calling out President Biden’s approach to the ongoing pandemic in a series of tweets.
"[He promised] I’m not going to shut down the economy. I’m going to shut down the virus,” McDaniel wrote in a tweet. “He failed to shut down the virus. Now he is issuing orders that will shut down small businesses.”
McDaniel’s remarks come after President Biden announced Thursday that all private employers with 100 or more employees will be required to mandate COVID-19 vaccine and daily testing.
Biden also shared plans of requiring vaccines for federal workers and contractors, as well.
The U.S. is currently seeing another surge of COVID-19 infections, as the highly contagious delta variant is hitting the unvaccinated hard.
National