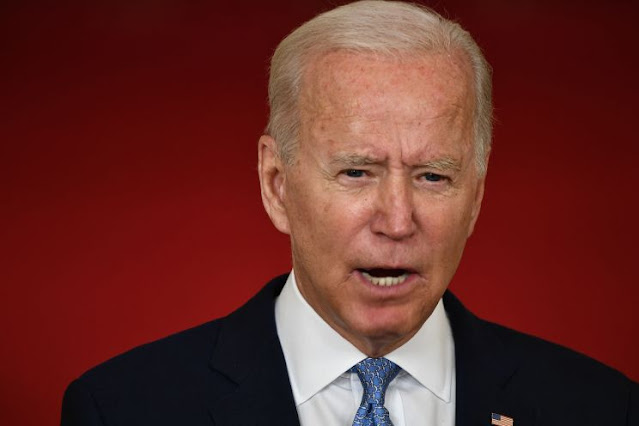 Democrats are aiming to turn the page and focus on advancing President Biden’s domestic agenda this month — but Republicans will be doing everything they can to keep the chaotic U.S. withdrawal from Afghanistan in the spotlight.
Republicans are planning to offer amendments related to Afghanistan as Democratic-led committees work to mark up the components of the $3.5 trillion reconciliation bill to expand social safety net programs over the next few weeks.
“We must exert maximum pressure on the Democrat majority with our amendments and debate during these committee sessions,” House Minority Leader Kevin McCarthy (R-Calif.) wrote in a missive to Republicans.
The GOP attempts to keep the focus on Afghanistan comes as Democrats will have to work on overcoming divisions of their own over the scope of the massive legislation and how to pay for it as they work to deliver a much-needed policy win for their party.
The strategy was on full display Thursday as the first two House committees, Oversight and Reform as well as Natural Resources, considered their respective portions of the reconciliation package that will later be consolidated into one all-encompassing bill.
The provisions approved by the Oversight Committee include funding for the General Services Administration and U.S. Postal Service to purchase electric vehicles, as well as investments in the National Archives to address backlogs in veterans' requests for military personnel records and the Government Accountability Office (GAO) to oversee the implementation of those measures.
Rep. James Comer (Ky.), the top Republican on the Oversight panel, lamented that “this committee is going to spend the day discussing electric vehicles for the federal government instead of discussing the thousands of vehicles we just abandoned in Afghanistan.”
Republicans went on to offer a series of amendments to try to bring the debate back to Afghanistan, such as requiring the GAO to report on the number of Americans who were evacuated from Afghanistan and how many remain stranded there, as well as redirecting funds to the Pentagon's inspector general to assist with tracking any military equipment seized by the Taliban.
“This conversation about Afghanistan — this is not a distraction. This problem is real,” said Rep. Nancy Mace (R-S.C.), who offered the amendment related to tracking weapons now in the Taliban’s possession.
But despite the GOP attempts to focus on Afghanistan, those amendments were ruled as not germane to the underlying legislation at hand.
“Unfortunately, this is outside our committee's jurisdiction,” said House Oversight and Reform Committee Chairwoman Carolyn Maloney (D-N.Y.), who pledged that “we will continue to conduct oversight of the administration's response to the situation in Afghanistan” with additional briefings for members in the coming weeks.
Rep. Jamie Raskin (D-Md.) blasted Republicans for what he called an “irrelevant and embarrassing distraction from what we’re trying to do today,” given that many of them backed the Trump administration’s original withdrawal agreement with the Taliban.
“I understand the partisan inclination and impulse just to attack whatever happens in the current administration if it's not your guy in office. But my God, at least have a decent interval of time before you completely change your position because it looks embarrassing to all of us to turn around in that way,” Raskin said.
“The impulse to turn everything into a partisan club is just so depressing,” he added.
House Republicans’ strategy to try to change the subject as Democrats move forward with the ambitious $3.5 trillion spending plan is one of numerous ways they’re trying to hammer Biden on an issue that’s contributed to a recent drop in his approval rating.
Dozens of Republicans showed up to a House pro forma session last week to call for bringing the chamber back early from its lengthy summer recess to vote on legislation that would keep U.S. troops in Afghanistan until all Americans are evacuated.
While McCarthy has avoided backing calls from the far right to impeach Biden or demand his resignation, he urged members to hold events with local veterans in their districts “to communicate the human stories of our fellow countrymen still in Afghanistan” and said Republicans will file a discharge petition to try to force a vote on legislation “that will empower our military with the support they need to get Americans home.”
Republicans similarly found ways to steer the debate to Afghanistan during the House Natural Resources Committee’s session to advance its portion of the reconciliation package, which includes $1 billion for national and tribal wildfire management, $100 million for preventing climate-induced weather events and $3 billion for a Civilian Climate Corps employing people to help communities respond to climate change.
The panel considered dozens of amendments filed by Republicans, including to create a fee-free day on public lands in remembrance of the 13 U.S. service members who died in the Kabul terror attack, prohibit funding to maintain renewable energy projects with materials sourced from China or Afghanistan, and prevent an increase in mineral imports from China, Russia or Afghanistan for developing renewable energy.
Republicans also initially tried to delay the session until Sept. 14, arguing that lawmakers should be focused on addressing the fallout from Afghanistan as well as Hurricane Ida, which wreaked havoc across much of the eastern U.S.
Rep. Garret Graves (R-La.) took advantage of the virtual committee proceedings by tuning in remotely with hurricane damage in his district in the background.
“Quite frankly, the fact that I'm frickin’ sitting here right now even spending time with you all is ridiculous,” Graves said.
National