Get ready for a balanced Big 12 with consistent national competitiveness 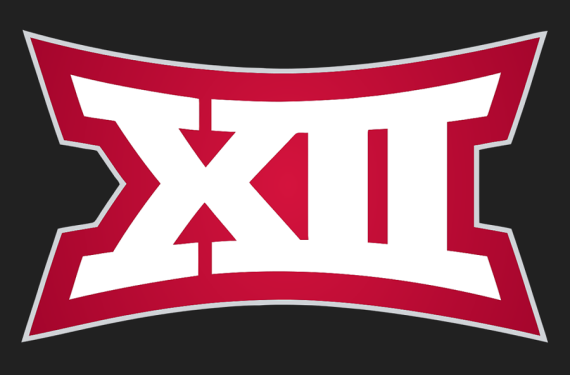 When Texas and Oklahoma announced they would depart the Big 12 before the 2025 football season, it gave the league two choices: expand or collapse. On Friday, the Big 12 made a definitive choice by adding UCF, Cincinnati, BYU and Houston as the league's newest members. The vote, unsurprisingly, was unanimous among the remaining eight members.
"To have had a fractured board would have made this process much more difficult," Big 12 commissioner Bob Bowlsby said. "That was the opposite of what we had. We had a very supportive and aligned board. In the end, it really wasn't a difficult decision to decide on which four we wanted to move ahead on."
Looking at the field, Bowlsby isn't wrong. The "new" Big 12 adds roughly 200,000 students, including nearly 72,000 at UCF alone. BYU adds one of the most powerful national athletic brands in the country. Houston delivers a strong tradition with recent appearances in the New Year's Six and men's basketball Final Four. And finally, Cincinnati ranks as a top-10 football team in 2021 and brings a strong basketball pedigree.
It's also hard not to view Bowlsby's phrasing as an admission. Working alongside the leadership within this new conference should be a heck of a lot easier than wrangling with the whims of the outgoing members. In its own way, that's a reminder that the new Big 12 will be structured quite differently than its current iteration.
Gone are the days when Texas is the loudest voice in the room. Oklahoma will no longer be the solely dominant program on the football field. Instead, get ready for a balanced Big 12 that, top to (almost) bottom, has proven it can compete for national attention and conference supremacy.
The numbers back it up.
The Athletic's Max Olson did the math and found that 11 of the 12 programs have been ranked in the Associated Press Top 10 since 2011. In the same span, 10 of those programs have been ranked in the AP Top 25 for at least 25 weeks while nine schools earned trips to either BCS or New Year's Six bowl games. If the playoff field had been set at 12 in 2014, Baylor, TCU, Cincinnati, Iowa State and UCF surely would already have berths.
According to Football Outsiders' F+ rating, a composite featuring both FEI and Bill Connelly's SP+, the new Big 12 has one of the deepest football conferences in America. Over the past five years, members of the new Big 12 ranked ahead of the ACC by an overall rating of 49.2 to 49.9, and were within striking distance of the Pac-12 (46.9) and Big Ten (45.6). Notably, three members -- BYU, Cincinnati and Iowa State -- ranked among the top 10 programs.
Of course, the glaring weakness of this new Big 12 is obvious. The league's members -- both current and future -- have not won a consensus national championship in football since BYU's shocker in 1984. Oklahoma State and UCF both claimed national championships in 1945 and 2017, respectively, but those are somewhat dubious. The only two other national championships came at TCU during the Roosevelt administration.
The new Big 12 may not have national championship upside, but to that I say: who cares? None of the 12 schools are much further from a national championship than they were before. And it's not like the two schools leaving the Big 12 have won a national championship in the past 16 years. If a handful of Big 12 programs can push for an expanded College Football Playoff berth every year, that's enough.
There's no decision that the Big 12 could have made to maintain its stature after losing Oklahoma and Texas. Comparing this league to one that just lost two of its most prominent programs is disingenuous. No, the new Big 12 won't be anywhere close to the new SEC. It will trail comfortably behind the Big Ten. But can it compete with the depth of the ACC? Can it compete with the Pac-12? Can it remain a clear top-five conference long term? Absolutely.
The $40 million question -- literally -- is whether the Big 12 is valuable enough for television networks to view it as a power conference ... but there's no way of learning that answer before the media rights deal is up. Creating as strong a league as possible is the only way forward. To the best of their ability, the Big 12 has done that.
"It's not a time when I could sit here and say it'll be worth this much more or this much less," Bowlsby said. "That isn't the nature of it. I think live sports is always going to be a valuable commodity. And if you have live sports with competition with many of the best universities you can put together in an alliance, you have a chance to go forward and do good things ... that's what we'll take into the marketplace in 2024 when we discuss with our media partners."
The Big 12 was thrust into an impossible situation. Expansion will not answer every question, nor solve every problem. But, it gives the league a puncher's chance at consistent national competitiveness. Today, that is enough.
Sports