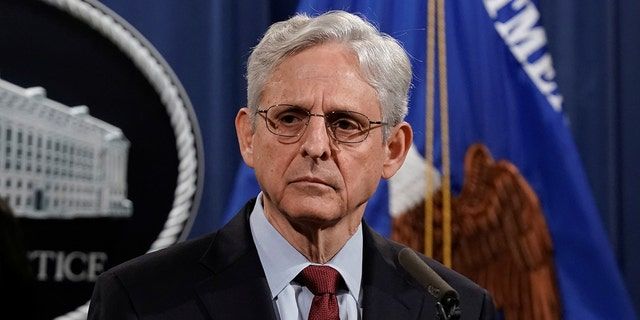 The Justice Department is making a series of changes to how federal monitors — who serve key oversight roles in the agency’s police reform efforts — operate, Attorney General Merrick Garland announced Monday morning.
The country's top prosecutor in a virtual speech to the International Association of Chiefs of Police said the Department of Justice (DOJ) will undertake 19 reforms to modify how monitors go about their business.
“In one of my first acts as attorney general, I asked Associate Attorney General Vanita Gupta to conduct a review of what can be done to ensure that monitorships are independent, highly qualified and free of conflicts of interest,” Garland said.
“With your help,” Garland continued, “the department has found that — while consent decrees and monitorships are important tools to increase transparency and accountability — the department can and should do more to improve their efficiency and efficacy.”
Since March, when Garland was confirmed, the Justice Department has opened pattern-or-practice reviews of police departments in Minneapolis, Louisville and Phoenix.
Pattern-or-practice probes have long been one of the most effective tools that the DOJ has to crack down on civil rights violations committed by police departments, though the tactic was benched under the Trump administration.
If DOJ investigators find a culture of misconduct during a review, the local police force in question is forced to enter into what is known as a consent decree with the Justice Department. Monitors are then placed on the ground to ensure the police department is implementing any agreed-upon reforms.
However, police leaders have often bemoaned the cost of monitors, which the local departments usually have to saddle.
“Future consent decrees will include caps on monitors’ fees and will restrict the ability of monitors to serve on multiple monitoring teams at the same time,” Garland said, adding that monitors will now be given a “set term that can only be renewed after an assessment of the monitor’s performance and cost-effectiveness.”
Other reforms will include selecting monitors to prioritize local feedback and stakeholder input, developing practices guides and assessment tools for monitors, and making monitor documents publicly accessible.
Garland also noted that Gupta and Kristen Clarke, head of the agency's civil rights division, have been tasked with crafting best practices for monitors to better standardize the role.
Police reform remains a high-profile issue in the country a year after the police killings of George Floyd, Breonna Taylor and others sparked a reckoning with race that included nationwide unrest and protests.
Last week, the mayor of Columbus, Ohio, announced the DOJ would conduct a review of the city's police department through its Office of Community Oriented Policing Services.
National