DOJ issues warning to states ahead of redistricting 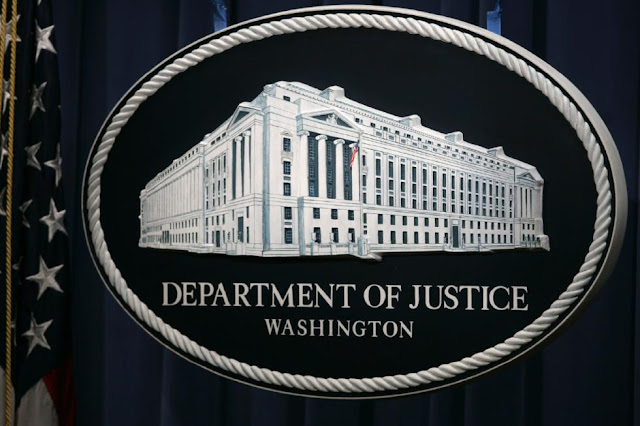 The Department of Justice (DOJ) on Wednesday issued a warning to states ahead of a year of congressional mapmaking that it will pursue cases against jurisdictions that seek to dilute the voting power of various minorities.
The latest guidance from the DOJ signals an administration prepared to take a more aggressive approach in battling gerrymandering.
“We're hopeful that this guidance will give jurisdictions the ability to understand their obligations so that they comply with those obligations without any need for additional enforcement by the Department of Justice,” a senior administration official said on a call with reporters.
“But where jurisdictions don't draw maps that fairly enable all citizens, regardless of race or membership in a language minority, to elect the candidates of their choice — the Justice Department will act,” the official said.
The guidance comes as the Census Bureau has completed its decennial population survey, sharing the data states and local governments will use to draw new political boundaries, including congressional and state legislative districts.
This year will be the first round of redistricting since the 2013 Supreme Court decision in Shelby v. Holder, which gutted Section 5 of the Voting Rights Act that gave the DOJ the right to pre-clear maps in states with a history of racial discrimination.
But the department on Wednesday said it would be ready to go after any jurisdiction that doesn’t meet the “one person, one vote” principle.
The guidance sent to government officials Wednesday breaks down the type of cases the department can bring under Section 2 of the law, which prohibits voting practices that discriminate on the basis of race, color or membership in a language minority group.
That includes any redistricting plan that “minimizes or cancels out the voting strength” of various groups — something often achieved by fracturing a minority group across districts or packing them into one district — as well as whether a jurisdiction has a “history of official discrimination.”
The guidance also takes aim at any states that may seek to redistrict based on the number of U.S. citizens in its boundaries, saying the DOJ “will consider whether any efforts to change the apportionment base for a districting plan to a measure other than total population.”
Doing so would diminish the representation of places with a large migrant population and follows a failed effort by the prior Trump administration to include a question on the census that would ask a resident's citizenship status.
Despite the hope from the DOJ that the guidance will help avoid lawsuits, many redistricting maps often spend years in litigation, with lawsuits at times stretching into the next reapportionment cycle.
The official also noted Wednesday that much of the litigation could be spurred by outside groups — including those that may use the 2020 data to challenge existing maps.
The notice to state and local governments also follows a year in which state governments enacted a number of laws that could restrict access to the ballot.
According to a July analysis from the Brennan Center for Justice at New York University School of Law, 18 states have already enacted 30 laws this year that will make it harder for Americans to vote.
Wednesday’s guidance is the third voting-related guidance released by the Biden administration.
In July, the department issued instructions on post-election audits and a flurry of voting laws passed after the 2020 elections, warning states some of their actions may run afoul of the law.
National