BS 101: Ron Klain shows how not to answer questions 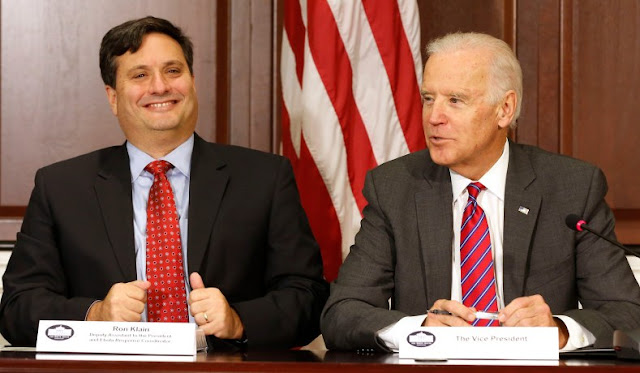 Sunday morning on CNN, White House chief of staff Ron Klain offered a master class on not answering basic questions.
DANA BASH:  Ron, let’s turn to Afghanistan. More than 100 American citizens were left behind when the last military flight left Kabul earlier this week. What is their status right now? Have any gotten out, and how many are still there?
KLAIN:  We believe it’s around 100. We’re in touch with all of them who we have identified on a regular basis.
Obviously, we’re hopeful that, in the coming days, the Qataris will be able to resume air service out of Kabul. And, if they do, we’re obviously going to look to see if Americans can be part of those flights. We are going to find ways to get them — the ones that want to leave, to get them out of Afghanistan.
We know many of them have family members. Many of them want to stay. But the ones that want to leave, we’re going to get them out, as the president said. What happened on August 31 was, we transitioned from a military mission to a diplomatic mission to get the remaining Americans and the Afghan or Afghan allies, the so-called SIVs, out of the country. And we continue to work on that.
Klain doesn’t say if any Americans got out; if any had, he would probably enjoy bragging about a success story. Klain says, “many of them want to stay,” but having mentioned the families a moment earlier, it seems these Americans are more accurately characterized as afraid of leaving their family members behind than actually desiring to stay. (No one in this administration seems willing to acknowledge that the Taliban is using family members of Afghan refugees in the U.S. as hostages.)
BASH:  And on those [Afghans on Special Immigrant Visas], rather, the question is whether or not you’re hearing what we believe are credible reports about the Taliban systematically hunting them down, many of them, and killing them. Have you heard about that, and what is the administration doing about it?
KLAIN:  Dana, we — there’s all kinds of reports coming in. We’re in close communication with our sources and our contacts in Afghanistan to try to get those SIVs out, to get them out safely. I know that some are coming out by land. We are again, continuing to work on efforts to get them out by air as well. We’re going to continue to move those SIVs out of the country.
What I will say is, as everyone knows, we launched a historic airlift that brought 124,000 people out of Afghanistan, American citizens, legal permanent residents of this country, residents of other countries, and a lot of Afghan nationals. And we are going to get those people — we have gotten those people to safety. We’re ultimately going to resettle them in Europe and the United States. And that’s a big part of rescuing that SIV population.
BASH:  I want to ask about infrastructure…
Klain brushes off the reports of the Taliban hunting down and executing SIVs with “there’s all kinds of reports coming in.” In the end, his answer is another list of promises – much like Biden’s promise that if there were still Americans in Afghanistan after August 31, we would “stay to get them all out.”
Voice of America interviewed a pregnant American woman who asked to be identified only as Nasria who was unable to get through the crowds outside Kabul International Airport, whose flight was canceled, and who was left behind, despite assurances from the U.S. State Department. Nasria said the Taliban are going door to door, looking for those with American passports.
Opinion