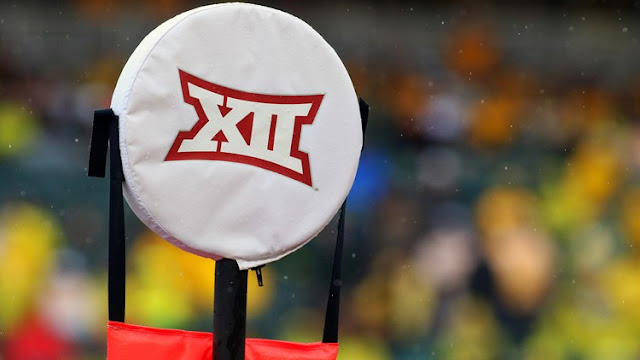 Big 12 presidents at a meeting Friday will "rubber stamp" invitations to join the conference to BYU, Cincinnati, Houston and UCF, sources said on Wednesday. While the the meeting has been planned for some time, the exact actions to be taken at it had not previously been clear.
It has become widely known that the Big 12 settled on those four schools as a means of replenishing the conference following the losses of Texas and Oklahoma to the SEC. Three of those programs made notable advancements this week as they plan to migrate to the Big 12.
On Monday, Houston president Renu Khator received approval from the university's board of regents to pursue membership in the Big 12. Cincinnati and UCF on Wednesday officially applied for Big 12 membership, according to multiple reports. There is no indication that BYU has made a formal application to the conference yet, though there are talks that it could join the Big 12 earlier than other programs, perhaps as soon as 2022 due to its independent status.
The additions of BYU, Cincinnati, Houston and UCF should allow the Big 12 to remain a Power Five conference as college football continues to recover from the sudden departures of Texas and Oklahoma. However, by raiding the American of three prominent members, the Big 12 additions may set off an even more drastic set of realignment among the Group of Five leagues.
Sports