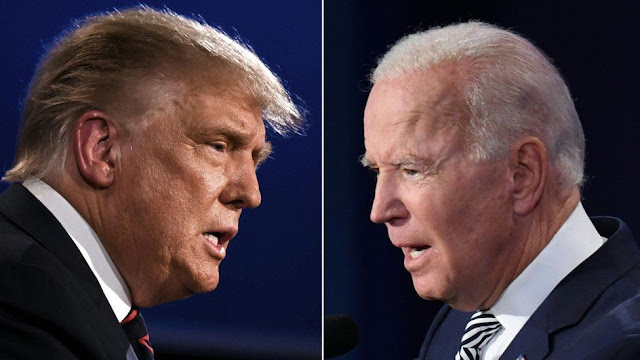 The White House has reached out to several former Trump administration officials to ask for their resignations from various advisory boards to which former President Trump appointed them at the end of his term.
White House press secretary Jen Psaki confirmed to reporters at a briefing that officials asked for Trump appointees to resign from the advisory boards for the Air Force Academy, West Point and the Naval Academy, positions that come with multiyear terms and typically span across administrations.
Trump, in his final weeks in office, stocked the advisory boards with loyalists such as former counselor Kellyanne Conway, former press secretary Sean Spicer, former campaign manager Corey Lewandowski and former budget director Russell Vought.
"The president’s objective is what any president’s objective is, which is to ensure you have nominees and people serving on these boards who are qualified to serve on them and who are aligned with your values," Psaki said. "And so yes that was an ask that was made."
"I will let others evaluate whether they think Kellyanne Conway and Sean Spicer and others were qualified, or not political, to service on these boards, but the president’s qualification requirements are not your party registration," she continued. "They are whether you’re qualified to serve and whether you're aligned with the values of this administration."
Vought, who was appointed to the Naval Academy advisory board, tweeted a letter he received Wednesday from Cathy Russell, the director of the White House Office of Presidential Personnel, asking him to resign or have his position terminated later in the day.
“No,” Vought responded in a tweet. "It’s a three year term."
Conway, who was one of Trump's most visible aides throughout his presidency and was appointed to the Air Force Academy advisory board, wrote in response to the White House's request that efforts to remove numerous Trump appointees were "petty and political, if not personal."
"I'm not resigning, but you should," Conway wrote.
Meaghan Mobbs, a Trump appointee to the West Point board and an Afghanistan veteran, tweeted that every individual previously tapped for that board was asked to resign, a move she called "unconscionable and not all in the spirit by which this Administration promised to govern."
The wave of resignation requests is the latest effort from the Biden administration to purge itself of Trump officials, even from positions that are largely advisory.
Biden's Defense secretary, Lloyd Austin, in early February ousted hundreds of members from the Pentagon's advisory committees, removing last-minute appointees by the Trump administration who included Lewandowski and former campaign adviser David Bossie.
National