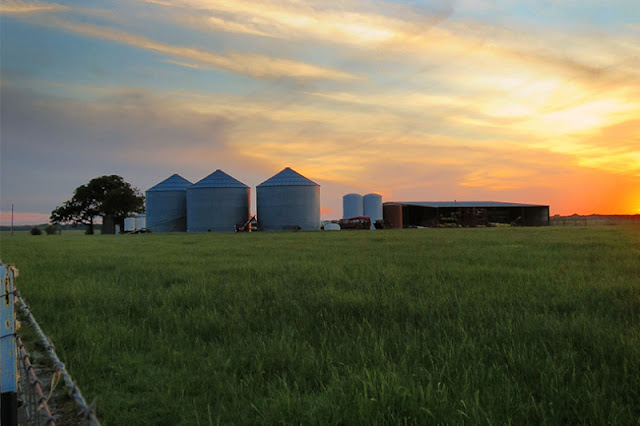 By Jennifer Whitlock
An Agri-Pulse analysis of 2020 census data yielded some surprising results when it comes to rural and agricultural populations.
Although some states like California, Indiana, Iowa and Wisconsin are seeing people move into their most productive agricultural counties, Texas, Kansas and Oklahoma are watching agricultural county populations decline.
“These are long-term trends that are endemic and sort of built into the very structure of agriculture, which is designed to grow and scale and replace labor with capital,” Matthew Sanderson, a former sociology and anthropology professor at Kansas State University and editor-in-chief of Agriculture and Human Values, said in an interview with Agri-Pulse.
Nine of Texas’ top 10 most agriculturally-productive counties are in the Texas Panhandle: Castro, Dallam, Deaf Smith, Hansford, Hartley, Lamb, Parmer, Sherman and Swisher. Even as the Lone Star State saw explosive population growth over the past decade, those counties lost residents at a rate of 3.9 to 11.2%.
Oklahomans followed a similar migration pattern, with eight of the state’s top 10 agricultural counties losing residents since 2010.
In Kansas, only three of the top agriculturally-productive counties—Finney, Ford and Scott—had any population growth, with the remaining seven losing more people than moved in.
The growth of those three counties points to an emerging trend in which rural areas with processing facilities are attracting new residents.
“The non-Hispanic white population…has been declining for decades in those areas,” Sanderson said. “The only growth they’re seeing is entirely because of the foreign-born immigrant population. We can say that without a doubt.”
But in rural Texas, farmers are experiencing a labor shortage. To cope, they turn to buying larger and more automated equipment to get the job done, Texas Farm Bureau (TFB) District 1 State Director Pat McDowell noted.
And as fewer people work on farms, the effect flows downhill into rural communities. With fewer residents purchasing from local stores and businesses, those companies shut their doors, forcing folks to travel to regional hub cities for goods and services.
“People want to move to San Antonio or a suburb of Dallas or a suburb of Houston,” McDowell, a farmer and rancher from Shamrock, said. “They want to move there because of the economic climate. They can pretty much find a job anywhere they want to.”
It’s not just an economic dilemma for rural and agricultural populations. Political representation shifts along with the population, causing concern among agricultural organizations like TFB.
“In Texas, we have political districts like Congressional District 33, which is a very small spot on the map covering just a portion of Tarrant and Dallas counties but has a population of 720,644 people. Compare that to District 13, which encompasses 40,000 square miles across 41 counties in the Panhandle, North Texas and Texoma but has a slightly smaller population of 707,470 people,” Laramie Adams, TFB national legislative director, said. “The needs of the Texans in those two areas are drastically different. No one who lives in Dallas or Tarrant County is concerned about rural broadband access, because they have some of the best, fastest internet options available. They probably don’t contact their legislators to support rural broadband bills. But those in the Panhandle do because it’s a dire need in their daily lives.”
The latest census data indicates Texas will add two new congressional districts for a total of 38 seats in the U.S. House of Representatives for the 118th Congress. The ideal population of each congressional district is 766,987 people, according to the Texas Legislative Redistricting Board.
“You can start to see why districting and political representation are so important. We don’t want people in urban areas who don’t understand the nuances of production agriculture and rural lifestyles making decisions that affect those folks for whom agriculture is the main economic driver,” Adams said. “It’s a balancing act and something TFB always watches closely when we go into a redistricting year.”
Farm and Ranch