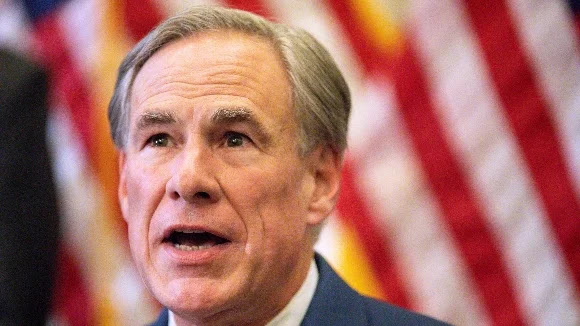 Texas GOP Gov. Greg Abbott’s approval rating is waning as most Texans say the state is on the “wrong track,” according to a poll from The Texas Policy Project at the University of Austin.
The survey released last Thursday found that 41 percent of Texans approved of the job Abbott is doing, compared to 50 percent who disapproved of his job performance.
The approval is lower than it was in June when 44 percent approved of the governor's performance, equal to the 44 percent that said they disapproved.
Fifty-two percent of voters said the state is headed in the wrong direction, the worst the institute has recorded since 2008.
The more recent Texas Policy Project poll found that Abbott’s job approval dropped among all partisan groups, but decreased most significantly among independents. Thirty percent of respondents who identified as independent voters said they approve of the job Abbott is doing, down from 41 percent in June.
His approval dropped from 77 percent to 73 percent among Republicans, and from eight percent to six percent among Democrats.
Abbott’s drop in approval rating comes as the Lone Star state has been in the national spotlight for a variety of issues.
The Texas Legislature approved an elections overhaul bill last week which, among other things, bars elections officials from sending unsolicited applications to vote by mail and grants poll watchers greater access to voting locations.
Meanwhile, local governments have launched a variety of legal challenges as Abbott signed bans on mask mandates amid a surge in coronavirus infections.
The poll was taken just ahead of a controversial abortion law taking effect in the state. The Supreme Court refused to take up last week.
Jim Henson, executive of the Texas Policy Project, told KXAN that while the pandemic was a large factor in dissatisfaction, the state has had a rough year.
“It’s been a tough year in Texas. The power outages, the infrastructure failures, we could go on. I think it’s an amalgam of a lot of things that we’ve reached the watershed on,” Henson told the news outlet.
The poll surveyed 1,200 registered voters from Aug. 20-30, 2021, and has an overall margin of error of plus or minus 2.83 percentage points.
Texas