US begins drawdown of forces from Afghanistan 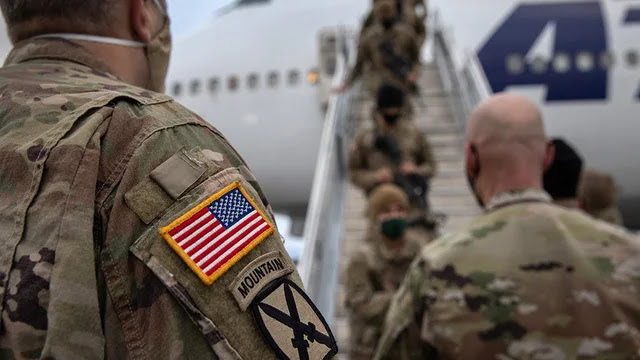 The United States has begun its final withdrawal of forces from Kabul airport, the Pentagon confirmed Saturday.
“We have begun retrograding,” Pentagon press secretary John Kirby told reporters on Saturday.
The announcement comes days ahead of President Biden’s self-imposed Aug. 31 deadline to complete the withdrawal from Afghanistan. Biden has said he will not extend the deadline despite the country's rapidly deteriorating security situation.
Officials didn’t provide specific details on what a final departure would look like or how many troops were still left in Afghanistan. The U.S. sent nearly 6,000 troops to Afghanistan earlier this month to help evacuate American citizens and Afghan allies after the country fell to the Taliban.
It also wasn’t clear what a handover of Kabul’s airport to the Taliban would look like, but Army Maj. Gen. Hank Taylor, deputy director of the Joint Staff for regional operations, said the U.S. would continue to run the airport until “the end.”
“We're going to continue run the airport up until the end,” Taylor said. “Those details, as they continue to be worked out, will come forward. But right now, we will continue to run that airfield to make sure that we can execute our operations.”
Taylor said Saturday that the U.S. evacuated 6,800 people from Kabul between early Friday morning and early Saturday morning. A total of 117,000 people have been evacuated, 5,400 of whom are American citizens.
The State Department said Saturday that nearly 300 American citizens were evacuated in the last day, while approximately 350 are still seeking to leave the country. The agency has actively communicated with another 280 individuals who self-identified as Americans in Afghanistan but have not said whether they intend to leave the country.
The already chaotic evacuation process grew more tumultuous Thursday after an attack outside Kabul’s airport carried out by ISIS-K killed 13 U.S. service members and over 170 Afghans.
Taylor confirmed on Saturday that the U.S. killed two “high-profile ISIS targets” and wounded a third in a military strike against ISIS-K early Saturday morning local time.
National World