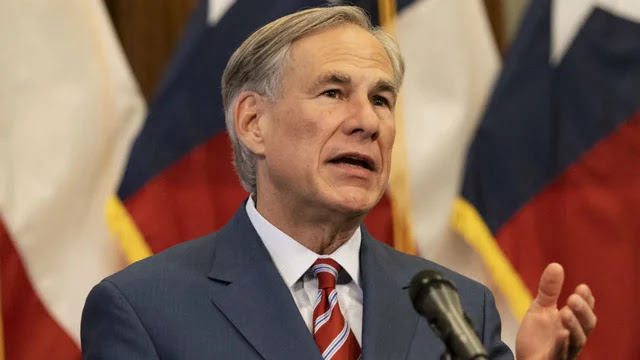 The Texas Supreme Court on Thursday sided once again with Gov. Greg Abbott (R) over his ban on school mask mandates in the state, blocking Bexar County from continuing to defy his executive order.
The court said in its ruling that it is granting Abbott emergency relief to enforce his ban, writing that during the coronavirus pandemic, “the status quo, for many months, has been gubernatorial oversight of such decisions at both the state and local levels.”
“That status quo should remain in place while the court of appeals, and potentially this Court, examine the parties’ merits arguments to determine whether plaintiffs have demonstrated a probable right to the relief sought,” the court added.
The state Supreme Court also ruled in favor of Abbott earlier this month to block temporary restraining orders from district courts that had allowed local authorities to override the governor's ban and impose mask mandates.
However, the day after that previous ruling, Bexar County District Judge Antonia Arteaga approved the county's mask mandate, arguing that local officials had a reasonable interest in protecting students, especially those under the age of 12, who are not yet able to receive the COVID-19 vaccine.
Thursday’s Supreme Court decision overrules the district court’s ruling, forcing Bexar County to reconsider how to move forward with its health and safety requirements amid new surges in coronavirus infections caused by the highly contagious delta variant.
Bexar County District Attorney Joe Gonzales (D) responded to the court’s ruling in a statement shared on Twitter, writing, “While I am personally disappointed in the order handed down today by the Texas Supreme Court, I will continue to do all that I can to fight for the health, safety and welfare of the citizens of Bexar County.”
"We are continuing to work with the city of San Antonio to determine the next steps in light of the order issued today,” he added.
Meanwhile, Texas Attorney General Ken Paxton (R) praised the decision, saying in a statement, “The Texas Supreme Court has sided with the law, and the decision to enforce mask mandates lies with the governor’s legislatively-granted authority.”
“Mask mandates across our state are illegal, and judges must abide by the law,” he continued. “Further non-compliance will result in more lawsuits.”
Paxton and Abbott have been engaged in ongoing legal battles with several Texas communities over implementing mask mandates, with several districts continuing to implement them in opposition to the ban.
While both leaders have endorsed wearing masks to help curb the spread of COVID-19, they have continued to argue that the decision to wear one should be a personal choice.
Texas