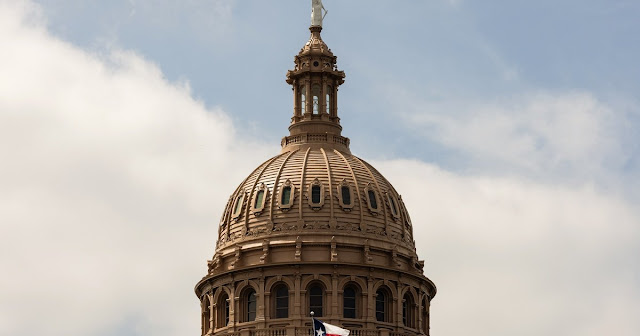 The Texas legislature on Tuesday approved a major overhaul of state election rules that would restrict some voting procedures and increase the access of partisan poll watchers.
The passage comes after months of legislative delay that included state House Democrats fleeing Texas to temporarily deny Republicans the quorum necessary to pass the measure.
State legislators on Monday announced a compromise between separate versions of the bill that passed the state Senate and state House earlier this month. Seven Republican members of a bicameral conference committee signed onto the compromise; the committee’s three Democrats did not.
Gov. Greg Abbott (R), who called the legislature into two special sessions to finish work on the bill, is expected to sign it when it reaches his desk.
The sweeping omnibus measure would limit some opportunities for voting that major Texas counties implemented in the midst of the global coronavirus pandemic. Drive-through voting and round-the-clock voting, both of which were used in Harris County, home of Houston, would be barred.
The legislation would require counties with populations of more than 55,000 to hold at least 12 hours of early voting for a second week before Election Day, an expansion of early voting hours that will loop in smaller, more rural counties that until now had not been required to offer so many hours.
The bill would also bar elections officials from sending voters unsolicited applications to request a mail-in ballot, something Harris County officials did last year. Any election official who does so in the future would face possible jail time.
Those who do apply for an absentee ballot would have to provide a driver’s license number or the last four digits of their Social Security number, a heightened identification requirement that adds to a signature-matching program the state already undertakes.
Poll watchers appointed by both political parties will be allowed greater access to voting locations, where they will now enjoy access to everywhere but the stations where voters actually fill in their ballots.
Opponents of the measure have also criticized provisions that they say will limit the amount of assistance a voter is able to receive if they need help filling out their ballots. Anyone offering such assistance will be required to fill out paperwork identifying themselves and their relationship to the person casting the ballot and recite an oath.
The bill, the latest in a series of overhauls to election rules pushed by Republican legislators in the wake of the 2020 elections in states like Georgia, Florida and Arizona, was delayed several times, first as Democrats broke quorum in the state House during the regular session and again during a special session, when House Democrats fled to Washington.
“There’s a lot of national attention on election reform now, and that’s great,” state Sen. Bryan Hughes (R), a prime sponsor of the Senate version of the bill, told The Hill in an interview earlier this year. The measure “is part of an ongoing Texas process where we try to make the law better, we try to improve the process.”
Democrats acknowledged their flight from Austin was a temporary delay at best, one they used to highlight voting bills across the nation and measures Democrats in Congress have proposed to implement new national election administration rules.
“From the very beginning of this fight, we knew we wouldn’t be able to hold off this bill forever,” House Democratic caucus chairman Chris Turner (D) said in a statement last week. “That’s why federal voter protection legislation is essential.”
Texas