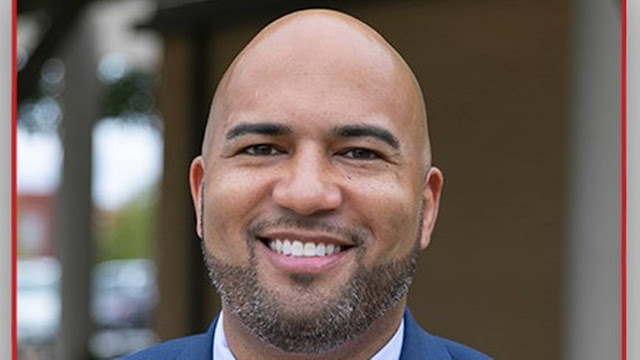 A black school principal has been placed on paid leave one week after a group of parents accused him of pushing Critical Race Theory— even though the Texas school does not mention it in the district’s curriculum.
"I've only chosen to speak out against baseless allegations after [the district] allowed a man to speak my name at the July 26 board meeting," Colleyville Heritage High School principal James Whitfield told The Dallas Morning News. "I have done nothing wrong by anyone."
The principal and some supporters attended a board meeting to address a group of parents who claimed he was teaching critical race theory.
Superintendent Robin Ryan wrote that Whitfield has been placed on leave, but the letter did “not go into the specifics because it is a personnel matter,” according to The Dallas Morning News.
In the letter, Ryan also said "the entire District leadership team and I are fully committed to the success and well-being of Colleyville Heritage students as we move forward together."
"We remain committed to providing a learning environment that fosters and encourages student academic and extracurricular achievement," Ryan wrote. "I am grateful for your partnership and look forward to working with you to serve and support the students of Colleyville Heritage High School."
Whitfield said, instead of the district "issuing their support of me, they came after me."
Whitfield, who is married to a white woman, was also asked by the school district to remove photos with the couple together, with complaints saying they were inappropriate.
According to World Population Review, Colleyville, Texas is 90 percent white, with a black population less than 2 percent.
On July 31, Whitfield wrote that being an administrator “does not take away my rights and ability to be human and defend myself” in a Facebook post.
"I am not the CRT (Critical Race Theory) Boogeyman. I am the first African American to assume the role of principal at my current school in its 25-year history, and I am keenly aware of how much fear this strikes in the hearts of a small minority who would much rather things go back to the way they used to be," he wrote.
Critical Race Theory is based on the premise that race is a social construct and that the U.S. was built on racist structures that are present today.
Texas