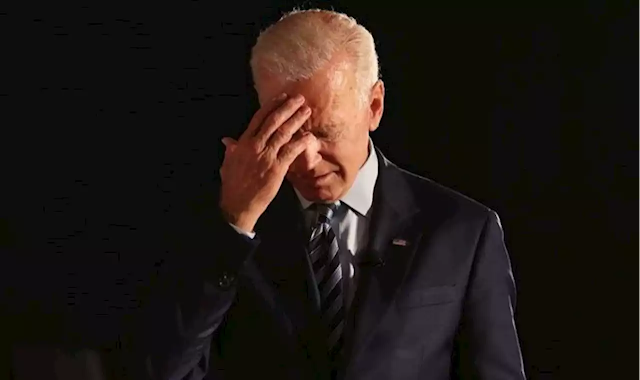 The Biden administration wants credit for the Afghanistan evacuation as measured by the sheer number of people it flew out amid a security and humanitarian crisis of its own making.
This is the arsonist bragging about how many fires he has put out.
Those with memories that stretch past a couple of weeks ago will recall the halcyon days when a mass evacuation at a civilian airport exposed to suicide bombers and other attackers wasn’t, according to Joe Biden, even conceivable.
Biden contributed to the collapse of the Afghan military by denying it air cover, gave away Bagram Air Base for no good reason, pulled out U.S. troops before our diplomats and civilians, drastically underestimated the gathering Taliban offensive, and then, caught unawares by the fall of Kabul, scrambled to jury-rig a desperate rescue that shouldn’t have been necessary in the first place.
That the U.S flew more than 115,000 people out of Kabul is a testament to the awesome capabilities of the United States military.
It is not in any way a vindication of President Biden’s exit.
The evacuation itself has been costly. Because we outsourced security outside the airport to the Taliban, our service members were forced to operate in dangerous conditions. A nearly inevitable attack last week killed 13 of them. That’s the loss of more Americans in one day than were killed in action most years in Afghanistan since 2015.
Then, we failed by the most important metric. We left hundreds of Americans behind who wanted to leave, a squalid betrayal that was unfathomable before the Biden team began to try to prepare the public for it a week or so ago.
It’s hard to imagine any prior American president, perhaps with the exception of Jimmy Carter, abandoning Americans behind enemy lines. Theodore Roosevelt mustered the naval might of the United States to save one American who had been kidnaped in Morocco in 1904. Barack Obama traded five Guantanamo detainees for Bowe Bergdahl in 2014.
Even Biden felt the impulse to get every last American out. He pledged to do it in his interview with George Stephanopoulos. In order to keep his promise to the Taliban to get out by August 31, though, he broke his promise to his countrymen.
We still don’t know how many U.S. green-card holders, to whom we should also feel an obligation, have been left behind. And there have been reports that the Taliban were blocking our most deserving Afghan allies from getting to the airport, meaning the Afghans we got out weren’t necessarily the most endangered.
Even if the evacuation had been flawless and complete, the underlying situation speaks of an abysmal failure. After 20 years, we lost a war to a Taliban that now control more territory than they did on September 11, 2001. The Taliban haven’t renounced al-Qaeda; indeed, the Haqqani network, a key element of the Taliban that has been responsible for security in Kabul, is closely allied with the terror group.
Biden talks bravely of launching counterterrorism strikes from “over the horizon,” but failed to secure a base in a neighboring country. We will have to operate from hours away in the Persian Gulf, even as our intelligence capabilities in Afghanistan are drastically diminished.
Our ineptitude and dishonorable conduct have shocked our allies, who need to place their trust in our competence and reliability.
Biden’s supporters have resorted to the defense that almost all of this was inevitable. Yet, for years, the Afghan army fought and bled after we had stepped back into a support role, suggesting an unsatisfactory stalemate was achievable at a relatively low cost. Biden rejected that option. Instead, he chose defeat and disgrace. All of the exertions to rescue people from the wreckage over the last two weeks can’t change that.
Opinion