Afghanistan, opium, and the Taliban 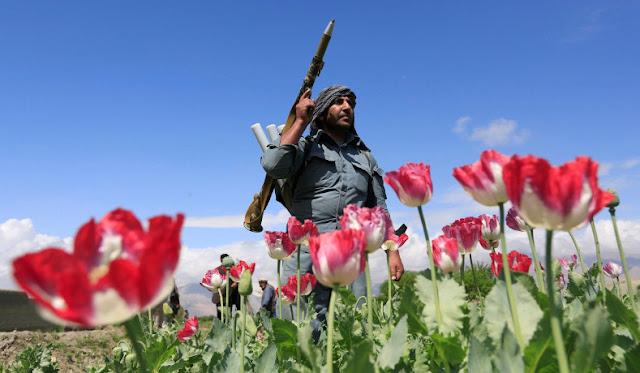 The United States’ efforts to suppress opium production in Afghanistan is a case study in the law of unintended consequences. It ended up giving the Taliban a multi-million-dollar revenue stream.
Economists Jeffrey Clemens, Jeffrey Miron, and Pedro Braga Soares explain how in a new Reason op-ed, based in part on Dr. Clemens’s academic research:
No single factor can explain the recent swift collapse of the U.S.-backed Afghan government. But one underappreciated mistake has been Washington’s long-running effort to suppress the cultivation of opium poppies in Afghanistan and, in turn, the production of heroin and other opioids. The campaign most likely had little effect on the amount of poppy grown. Instead it shifted cultivation to Taliban-controlled territories, bolstering the militia’s revenues.
Using the supply-and-demand framework:
American efforts to suppress poppy cultivation, either through direct eradication or through incentives to grow other crops, failed to account for the basics of supply and demand. Suppression policies focus on shrinking supply, which means a fixed quantity of opium will become more expensive to produce. These policies involve a mix of threats to destroy poppy fields and the provision of resources (such as fertilizers) to encourage farmers to cultivate other crops. But if demand is not very sensitive to price increases, the quantity demanded will change little in response to the reduction in supply.
It is likely, for two reasons, that the demand for opium is not very sensitive to price. First, research finds consumer demand to be modestly elastic. Second, and more importantly, “farm-gate” prices of opium account for a small share of traffickers’ costs. Smuggling opiates to retail markets entails high risks and large costs, such as dealing with law enforcement, paying bribes, and more. As a result, increases in the price of opium sold by farmers are unlikely to significantly dent traffickers’ bottom lines, enabling them to absorb higher prices without curtailing their quantity demanded.
The evidence bears this out:
Indeed, recent UNODC reports document that Afghan poppy cultivation has drifted upward since the U.S. intensified efforts to suppress poppy farming around 2005. Afghanistan maintained its key role as the primary supplier of the world’s opiates, suggesting those policies were ineffective at curbing opium output.
The economists argue that suppression efforts not only failed, but led production to shift to territories controlled by the Taliban, giving the group a major source of money.
Opinion