2 Black men say they were handcuffed returning a TV to Walmart, sue company 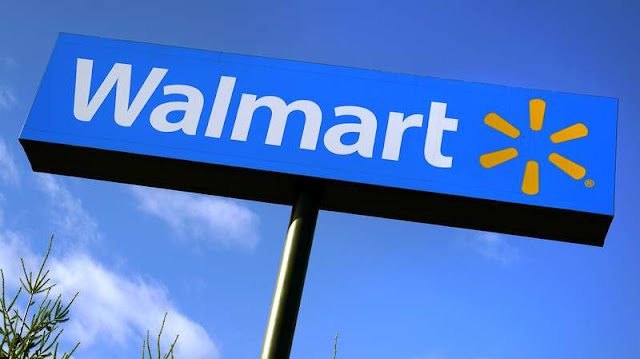 Two Black men in Texas are suing Walmart for racial discrimination and false arrest, alleging that they were accused of theft and handcuffed by police after trying to return a television set.
Lawyers for Terence Richardson and Dennis Stewart said their clients were detained at a Walmart store in Conroe, a Houston suburb, in September of 2020 despite showing employees a receipt for the TV.
"A white Walmart employee working at the customer service counter accused Dennis of stealing the television, refused to accept the television in return or exchange, and called the police claiming Dennis and Terence had stolen the television," the lawsuit, filed Thursday in the Southern District of Texas, states. "The police showed up, detained, and handcuffed both Dennis and Terence in front of the store where other store customers looked on as they entered and exited the store."
The lawsuit states that Stewart bought the 58-inch TV last year. After taking the product home and realizing that it wasn't working properly, he asked Richardson to help him transport the set back to the Walmart store, according to the complaint.
After freeing the men, Walmart employees made Richardson and Stewart sign a document vowing not to return to the store, the suit alleges. Stewart is a former police officer in Montgomery County, Texas, while Richardson is a pastor.
The suit was first reported by Courthouse News Service.
A Walmart spokesman said Friday that the company is aware of the incident. "We do not tolerate discrimination and take allegations like this seriously," the retailer said in a statement. "When the claims were brought to our attention in April of this year, we investigated them. We are not getting into further detail given the litigation and will respond as appropriate with the court."
The lawsuit doesn't name any Walmart employees allegedly involved in the incident, but claims they were White. Richardson and Stewart are seeking unspecified compensatory and punitive damages. Stewart paid $301 for the TV, according to the lawsuit.
The men are also suing Walmart for intentional infliction of emotional distress, gross negligence and breach of contract. The lawsuit claims that Walmart employees detained both men and refused to release them until they signed the document promising not to return.
"It was at this point Dennis, a grown 50+ year-old-man, began to cry and begged for answers," the complaint states. "He was scared and ashamed."
Stewart's case in Conroe comes almost a decade after a similar incident in Humble, Texas. In 2012, Humble resident Henry Daniels sued Walmart and two employees for accusing him of stealing a vacuum cleaner. In that case, Walmart employees allegedly called the police and then physically forced Daniels to the back of the store to question him.
A Harris County sheriff eventually cleared Daniels of any wrongdoing, and Walmart issued an apology, KPRC reported at the time.
Texas