1M without power in Louisiana after Ida makes landfall 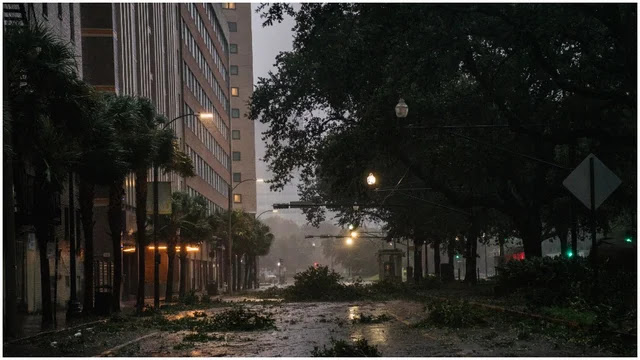 President Biden has declared a disaster in Louisiana after Hurricane Ida made landfall on Sunday, knocking out power to 1 million people in the state.
The storm came with destructive winds topping 100 miles an hour and dumped dangerous amounts of water on the region as it made landfall just west of New Orleans as a Category 4 hurricane.
A local sheriff in Ascension Parish reported the first death stemming from the storm late Sunday evening.
Energy officials in the state said it could be weeks before power is fully restored, saying on that “catastrophic transmission damage" led to widespread power outages in New Orleans.
Biden's declaration frees up federal funding for localities to help respond to the damage caused by the storm.
“The storm is life-threatening, and its devastation is likely to be immense. Everyone should listen to the instructions of state and local officials,” Biden said. “To the people on the Gulf Coast, I want you to know that we are praying for the best, planning and prepared for the worst.”
Local residents say Ida is one of the worst weather events to hit the region in years. It made landfall on the 16th anniversary of Hurricane Katrina, which resulted in more than 1,800 fatalities.
“Never in my life have I encountered something this major,” Robert Owens, a 27-year-old Baton Rouge resident told The Associated Press on Sunday.
Local officials pleaded with residents to evacuate the area as Ida approached late last week.
"I almost found myself in a panic attack when news announced this was the anniversary of Katrina," Janet Rucker, a lifelong New Orleans resident, told Reuters. "This is just not good for our nerves and our psyche."
Gov. John Bel Edwards (D) said over the weekend rescue crews will not immediately be able to assist people left stranded in aftermath of the storm.
“Many, many people are going to be tested in ways that we can only imagine today,” he said. "There is always light after darkness, and I can assure you we are going to get through this.”
National