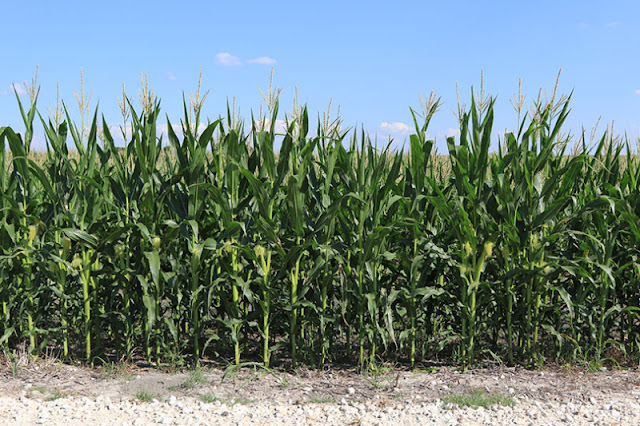 By Jennifer Whitlock
The U.S. Department of Agriculture (USDA) released key reports yesterday, including the annual acreage report and quarterly grain stocks report, which sent corn and soybean futures upward.
Prior to the reports’ release, analysts expected lower inventories and increases in acreage estimates, but the official estimates were lower than expected, creating bullish conditions in the futures market.
Corn planted for all purposes is estimated at 92.7 million acres, up just 2% or 1.87 million acres from 2020. Soybean acreage was up 5% from last year to 87.6 million acres. Wheat acres saw modest gains of 5% to 46.7 million acres.
Although corn and soybean acres together totaled a record-tying 180.3 million acres, set in 2017, drought in many major corn and soybean growing states may limit harvest returns.
And supplies are already tight. Stocks were down sharply, with corn stocks in all positions totaling 4.11 billion bushels, down 18% year-over-year and the lowest in eight years. Similarly, all wheat was down 18% from 2020 levels. Old crop all-wheat stocks were at 844 million bushels and old crop Durum wheat stocks at 27.5 million bushels, down 34% from a year ago. Soybeans were even lower at 767 million bushels, only 44% of last year’s stocks.
Upon the news, CME Group’s September and December corn futures leapt 40 cents, hitting the market’s daily limit. Soybeans soared 85 cents with July and August futures closing at 90.25 and 90 cents higher, respectively, and new crop November futures ending at 86.5 cents higher. September wheat futures were 33.25 cents higher at closing.
What does this mean for Texas farmers?
At 1.7 million acres forecasted to be harvested for corn, 134,000 for soybeans and 2.25 million for winter wheat, according to USDA data, it could be a good year.
After some concerns from heavy rainfall in late spring, the corn crop is progressing well. The latest USDA Crop Progress and Condition report shows 76% of Texas corn is in excellent or good condition, with another 20%rated as fair. Corn silking reached 67% overall, up 10% from the five-year average, with corn in the Lower Rio Grande Valley nearing harvest stage.
Some wheat farmers have seen difficulties with the crop due to excessive rains and hail or wind damage, however. USDA showed winter wheat harvested for grain is only 75% complete, down 19% from the previous year and 7% below the five-year average.
Soybeans in Texas are not doing as well, with only 52%of the crop in excellent or good condition and another 42%rated in fair condition. It remains to be seen how soybeans will fare, but USDA did note Blacklands soybeans were doing better with more sunshine in recent days.
Only time will tell how crops progress, but for now, analysts say market volatility is the name of the game.
Local