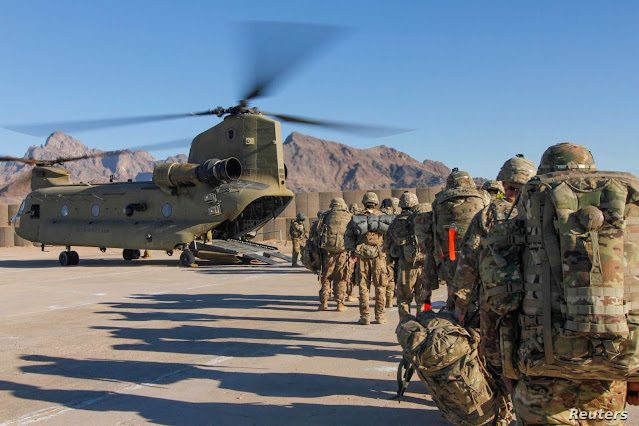 U.S. troops have vacated the Bagram Airfield in Afghanistan after nearly 20 years as a full withdrawal from the nation nears completion, according to multiple reports.
U.S. officials told The Associated Press that the airfield was handed over to the Afghan National Security and Defense Force.
However, one official told AP that Gen. Austin S. Miller, the U.S.’s top commander in Afghanistan, “still retains all the capabilities and authorities to protect the forces.”
Bagram was the U.S. and NATO’s biggest military facility in Afghanistan. Pentagon spokesperson John Kirby said last month that Bagram would be turned over as part of withdrawal, though he did not confirm the timing.
Zabiullah Mojahid, a spokesperson for the Taliban, told CNN that the withdrawal from Afghanistan is a “positive step.”
“The presence of foreign forces in Afghanistan was a reason for continuation of fighting in the country,” Mojahid told the news outlet. “If foreign forces leave Afghanistan, Afghans can decide future issues among themselves. We will step forward for the security of the country and our hope for the peace would increase and inshallah we will have development.”
The move comes as the Biden Administration works to withdraw all forces from Afghanistan by Sept. 11, the 20-year anniversary of the terrorist attack that led to the conflict.
The U.S. is halfway done with withdrawing the last of the troops that remain. Officials reportedly believe that the will be concluded this month.
World