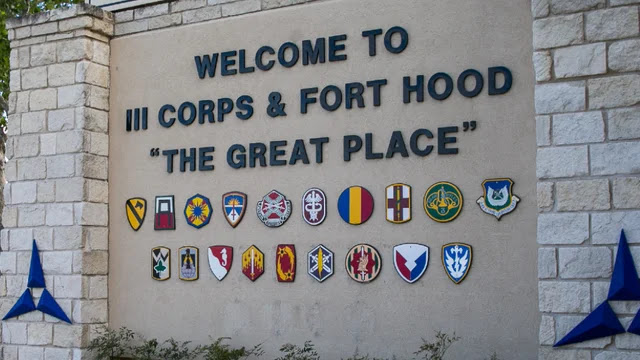 An Army administrative investigation has cleared a two-star general suspended from his duties as head of the 1st Cavalry Division at Fort Hood, Texas, in late 2020, the service announced Wednesday.
Maj. Gen. Jeff Broadwater was suspended in December in a sweeping disciplinary action that included 14 leaders at Fort Hood after an independent review of the base’s command scrutinized years of sexual assault and violence at the installation.
The committee, which began its investigation in August 2020, found major issues with the Fort Hood criminal investigation arm and a command climate at the troubled base that allowed sexual harassment and sexual assault to happen, most often without consequence.
Broadwater has since been cleared after a “follow-on Army Regulation 15-6 investigation into 1st Cavalry Division’s climate and culture,” the Army said in the Wednesday statement.
“Maj. Gen. Broadwater is not pending any adverse action as a result of either the Fort Hood Independent Review or the Army Regulation 15-6,” the service said, adding that it will release the investigation’s findings and recommendations when a final administrative review is finished.
Broadwater will be reassigned as the deputy commander of V Corps at Fort Knox, Ky., while Maj. Gen. John Richardson will assume command of the 1st Cavalry Division beginning on Wednesday.
Then-Army Secretary Ryan McCarthy, an appointee of former President Trump, fired or suspended 14 leaders after the Fort Hood Independent Review released its findings.
Among them were the base’s commander, Maj. Gen. Scott Efflandt, who was leading Fort Hood when Pfc. Vanessa Guillen went missing and when her remains were later found — one of several deaths that sparked the independent review.
Also relieved of command were Col. Ralph Overland and Command Sgt. Maj. Bradley Knapp, the 3rd Cavalry Regiment commander and command sergeant major.
The Army did not release the names of other commanders and leaders who received administrative action "as matter of policy and to protect individual privacy."
Texas