Trump says he's made decision on 2024 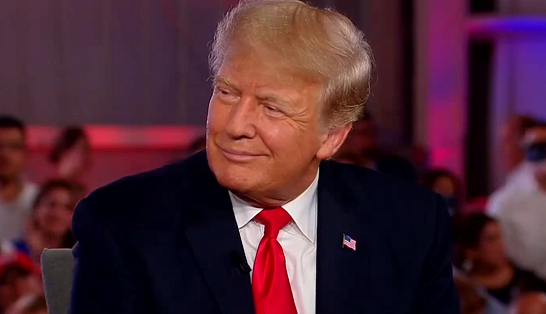 Former President Trump told Fox News host Sean Hannity that he has made a decision on whether he will run for president again in 2024.
"You are not going to answer, but I have to ask, where are you in the process," Hannity said to Trump on Wednesday, regarding his decision on whether to mount another White House bid. "Let me ask you this, without giving the answer, what the answer is, have you made up your mind?"
“Yes,” Trump responded.
Trump’s answer comes days after he held his first post-presidential rally in Ohio, where he talked about the “catastrophe” of the Biden administration.
Trump has been seen at the top of multiple polls for Republican contenders for the 2024 election, but would still have a crowded field to face if he chose to run.
"If you move forward, you know how difficult it is, but you seem ready to reengage in that battle,” Hannity said later in the interview.
"It's not that I want to," Trump said. "The country needs it. We have to take care of this country. I don't want to, is this fun? Fighting constantly? Fighting always? I mean, the country, what we have done is so important."
There are many potential contenders for the Republican nomination including former Vice President Mike Pence and Florida Gov. Ron DeSantis.
National