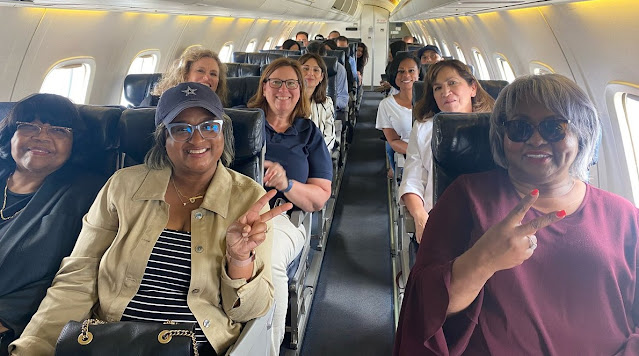 Three Texas House Democrats who fled to Washington, D.C., to block the passage of a sweeping elections overhaul bill have tested positive for COVID-19.
The caucus said in a statement that one member tested positive for COVID-19 late Friday evening.
That member immediately informed the rest of the caucus, and members and staff then took rapid tests.
Saturday morning, two additional members of the caucus tested positive, the statement said.
The caucus didn’t release the names of the members but said all three lawmakers were fully vaccinated.
The Centers for Disease Control and Prevention (CDC) states that people who have been exposed to someone with suspected or confirmed COVID-19 do not have to quarantine if they have been fully vaccinated and show no symptoms. However, they should still monitor for symptoms for 14 days after exposure.
State Rep. Chris Turner (D), House Democratic Caucus chairman, said in a statement that the caucus is “following all CDC guidelines and protocols.”
“This is a sobering reminder that COVID is still with us, and though vaccinations offer tremendous protection, we still must take necessary precautions,” Turner said.
“We are in touch with public health experts in Texas to provide additional guidance. Our Caucus will follow all recommendations from public health experts as we continue our work,” he continued.
The lawmakers are among more than 50 who fled to D.C. on Monday to deny Republicans the quorum needed to pass a restrictive elections bill. If passed, the measure would impose limits on early voting, prohibit round-the-clock voting and voting at outdoor structures, and end straight-ticket voting, among other provisions.
The Texas Senate passed the bill a day after the lawmakers left.
The lawmakers met with Vice President Harris on Tuesday as well as with Senate Majority Leader Charles Schumer (D-N.Y.). The legislators also met with Sen. Joe Manchin (D-W.Va.) on Thursday.
A source familiar with the matter told said that the caucus is working with the White House to identify who was in the meeting with Harris.
None of the lawmakers who tested positive were in the meetings with Schumer and Manchin, the source said.
Texas