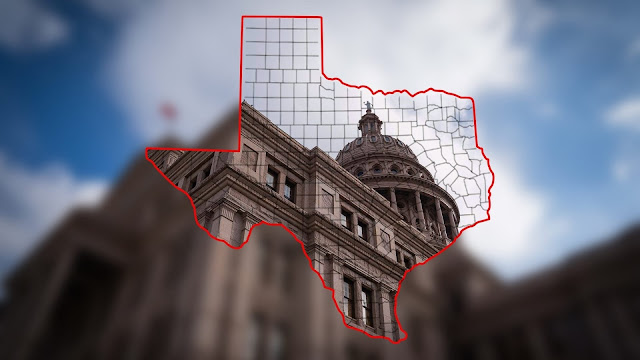 By Bethany Blankley
The initial day scheduled for primary elections in Texas –  March 1, 2022 – likely will be pushed back because of delays stemming from the state receiving census data and not meeting until the fall to address redistricting.
As a result, primary elections in Texas could be held in July 2022, some speculate.
No U.S. Senate seat is on the 2022 ballot, but all statewide offices are, including governor, attorney general and all state legislators.
Federal census population data is delivered to state legislatures no later than April 1 of the year following the decennial census. However, because of COVID-19, the Biden administration said the data will not be delivered until Sept. 30.
The state legislature is required by law to take up redistricting in the first regular session following the publication of the decennial census. Because the census data is being delivered months after the session ended May 31, Gov. Greg Abbott already called for a special session to be held in the fall to address redistricting.
During a normal year, redistricting is already complicated, the Texas Legislative Council explains.
“Although the formal redistricting process under the Texas Constitution may remain the same, every decade sees a different, often unpredictable, path for state redistricting plans, depending on legislative, gubernatorial, Legislative Redistricting Board, and judicial action,” it states.
As soon as the census data is verified and loaded in the state’s computer systems, the legislature is tasked with drawing up redistricting plans. If lawmakers fail to enact redistricting plans during the special session, a state or federal district court would issue court-ordered plans, the LCO states.
Additionally, a lawsuit challenging an adopted redistricting plan may be brought at any time under the federal or state constitution or federal law, it adds.
If the legislature failed to put forth a redistricting plan, a board established by a 1951 constitutional amendment is required to do so – the Legislative Redistricting Board (LRB). It is comprised of the lieutenant governor, speaker of the house, attorney general, comptroller, and commissioner of the general land office.
Section 28, Article III of the Texas Constitution requires the LRB to meet within 90 days of the end of session. Within 60 days of convening, it would be required to adopt a redistricting plan.
The governor can also veto redistricting plans. If the legislature fails to override the veto, the LRB is required to step in.
In 1971, the Texas Supreme Court ruled that the LRB can act when the legislature fails to and when its redistricting plans are found invalid. Likewise, if the governor vetoes a plan, which the legislature doesn’t have the votes to override, or if the plan is overturned by a federal judge within the 90‐day period of the LRB’s authority, then the LRB is responsible for the final redistricting plan.
Members of the public are encouraged to participate in the legislative redistricting process. Legislative committees generally hold public hearings in the months leading up to the redistricting session, the LCO states. “The hearings provide an opportunity for citizens to present relevant testimony concerning local preferences, communities of interest, local voting patterns, and other issues that the legislature may consider when redrawing district lines. The hearings also promote public awareness of the legislative redistricting process.”
The U.S. Census Bureau delivered state population data to the president earlier this year, at which time the number of congressional seats for each state was computed. Texas gained two seats because its population increased.
Texas