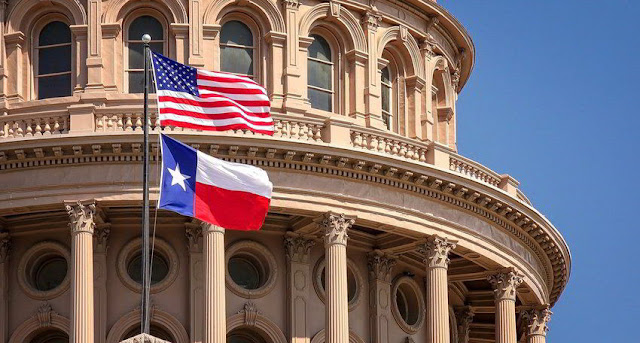 By Bethany Blankley
After being inundated with calls from grassroots activists and asked by legislators to make property tax relief an agenda item for the special legislative session, Gov. Greg Abbott added it as one of 11 legislative items to be addressed this month.
The special session began July 8 and lasts for 30 days, after which the session can be extended for another 30-day period.
Adding property tax relief “is a big win for taxpayers,” Texans for Fiscal Responsibility said in a statement. “But the question still remains how much relief will be given? So far only a few bills have been filed on property taxes and they have continued to keep the status quo. More exceptions and carveouts at the expense of the majority of taxpayers.”
Abbott may use federal COVID relief money to pay down property taxes, some have speculated, but the governor’s office has not confirmed this. A second special session has been called for the legislature to convene in the fall to allocate roughly $16 billion in federal money.
The money cannot be used directly to supplant state tax revenues, State Rep. James White notes. But no restrictions appear to exist if the Legislature were to provide local governing entities, like school districts, with additional revenue as part of a statutory mandated tax compression, he says.
Texas is still experiencing economic consequences from job losses and small business closures resulting from the state COVID-19 shutdown while at the same time property taxes are going up because of “skyrocketing appraisals,” White argues.
"The ability to acquire, own, develop, and dispose of real property is a cornerstone aspect of free societies,” White says. “The Texas property tax is the most existential threat to our culture of rugged individualism and free market economics. Instead of saving and acquiring property, too many of our young people openly are advocating for socialism because they do not see themselves as having 'skin in the game.' Successful property tax relief is meaningful, measurable, and maintainable.”
Rep. Hugh Shine has already filed property tax relief bills HB 223, HB 224 and HJR 21. Shine says he is working on them with Rep. Donna Howard and state Sens. Paul Bettencourt and Lois Kolkhorst.
HB 223 and HJR 21 relate to the total amount of ad valorem taxes that may be imposed by a school district on the residence of an elderly or disabled homeowner, adding to a property tax relief bill the legislature passed in 2019.
HB 224 would allow a new homeowner to receive an ad valorem tax exemption on a new residence in the year in which the property is acquired. Under current law, when a homeowner purchases a new home, he or she must wait until Jan. 1 of the following year to receive the exemption.
"House Bill 224 is important because homeowners currently are losing out on anywhere from a few months to almost a full year of their homestead exemption and therefore paying more than they should in property taxes," Shine said. "These pieces of legislation will actually provide Texans with a lower property tax bill."
State Rep. Richard Pena Raymond also introduced a measure that would allow Texans to vote on a $5 billion residential school property tax cut this November. The tax cut is possible, he argues, “by using $5 billion from the Rainy Day Fund,” which would still leave at least $6.5 billion in the fund.
"People need and deserve a break,” Raymond said. “They need some help. A $5 billion property tax cut would help homeowners” all across the state of Texas.
According to a June 2021 Texas Public Policy Foundation poll, 76% of registered voters say property taxes are “a major burden for them and their family;” 71% also say they would be upset “if the current legislative session ended with nothing done to address property taxes.”
Property taxes in Texas have skyrocketed by 181% in the past 20 years, TPPF notes, far more than population growth plus inflation, a standard used to measure people’s ability to pay taxes.
In 2020, local governments in Texas collected about $71 billion in property taxes, of which school districts collected $55 billion.
According to the state Comptroller’s office, roughly $7.85 billion in general state revenue was not spent by lawmakers, resulting in the surplus. Michael Quinn Sullivan at the Texas Scorecard argues the surplus should be returned in its entirety to taxpayers, which would reduce the property tax burden by 10 percent over two years.
The challenge, he argues, “is to demand that legislators today develop a mechanism so future surpluses fund property tax relief and elimination. Lawmakers could dedicate those surpluses to continuing to cut property tax burdens in future years – eventually eliminating school property taxes altogether. And if legislators chose to cut spending… well, those property tax reductions could happen even faster.”
Texas