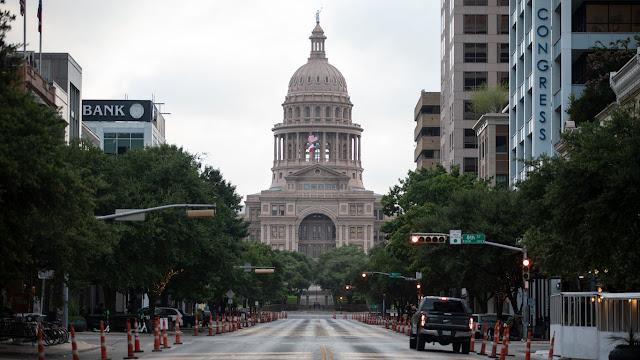 Texas Democratic lawmakers have reportedly considered leaving the state to block passage of an elections overhaul bill as Republicans press toward a vote on the legislation.
People with knowledge of the discussions said that there had been preliminary discussions about how Democrats could leave Texas and not have to go back to the state Capitol to at least temporarily block the bill.
Democrats who support the idea argue that it would bring a renewed spotlight to voting rights in Texas. The group also claims it would place pressure on Democrats in the U.S. Senate to pass their own voting rights reforms.
But leaders of the Democratic caucus in Texas have reportedly argued that leaving the state could become a public relations catastrophe. Instead, they are pushing to slow the legislative process by packing the bill with amendments.
Democrats in the Texas Senate on Friday also filed a bill to expand voting options in contrast to GOP legislation being considered in hearings on Saturday. A Democrat pushing the bill acknowledged it will likely not receive a hearing, the Austin American-Statesman reported.
The moves come as the Texas legislature begins a special session to finalize work on the elections overhaul bill, which failed in May when House Democrats similarly staged a surprise walkout, denying a quorum and killing the elections bill.
In response, Gov. Greg Abbott (R) vetoed a budget provision that would have funded the state legislature. Texas lawmakers have moved to reinstate that funding.
The GOP election bill makes changes to rules on early voting and curbside voting, bans around-the-clock voting venters and eliminates straight-ticket voting. It also limits the use of drop-boxes for people who use absentee ballots.
Hearings on the bill will be held Saturday morning, and the legislature could pass it as soon as Tuesday.
The measure is one of several that have been passed across the country following the 2020 election results.
Arizona, Florida and Georgia have also passed elections overhaul laws. The Department of Justice is currently suing Georgia over its measure.
Texas