Texas continues growth with over 55,000 jobs added in June 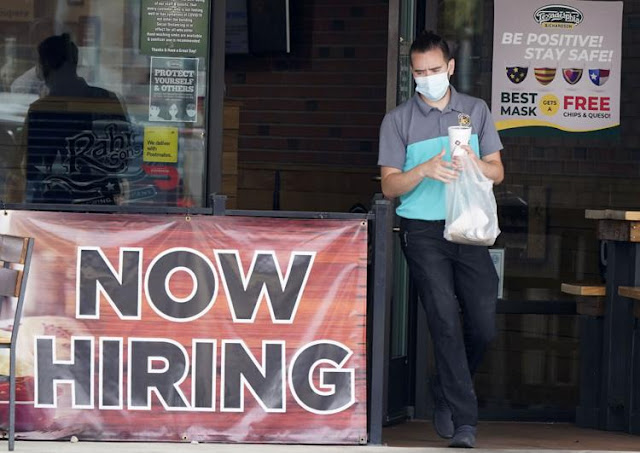 By Robert Davis
Texas's economy continued growing in June by adding over 55,000 jobs, according to the latest monthly jobs report by the Texas Workforce Commission (TWC).
According to the report, the Lone Star State's economy has added jobs in the past 13 out of 14 months. Meanwhile, the state’s unemployment rate dipped to 6.5%, which is still 0.6% higher than the national average.
“The Texas economy is booming,” Gov. Greg Abbott said in a statement. “Businesses are investing in the Lone Star State at a record pace because we've built a framework that allows free enterprise to flourish and hardworking Texans to prosper.”
A report by research and consulting firm Beacon Economics found that job growth is one of the primary drivers of the state's post-pandemic recovery.
Since last year, Texas has added 654,200 jobs at an annual growth rate of 5.5%, according to TWC data. However, local job recovery rates are stratified between differently sized metropolitan areas.
For example, large metro areas such as the Dallas-Plano-Irving have job recovery rates upwards of 90%. Smaller metros such as Austin and San Antonio were even further ahead, with a 95% and 105% job recovery rate, respectively.
TWC’s latest labor force statistics show that the leisure and hospitality industry outpaced all others in job growth, adding more than 19,000 jobs total. Education and health services employment followed close behind, adding 9,500 jobs.
At the same time, the governor’s office said there are more than 930,000 jobs available in more than 866,000 job postings online at MyTXCareer.com, a statewide job database.
“Texas is open for business and we continue to add jobs,” TWC Chairman Bryan Daniel said in a statement. “TWC’s programs aim to aid in this growth by connecting people to jobs, and with a new focus on ending the middle skills gap in our state, we’re offering pathways to successful careers for all Texans and building a workforce with skills that are most in demand by employers.”
Texas