Texas AG to Biden: Public health laws must be enforced at border 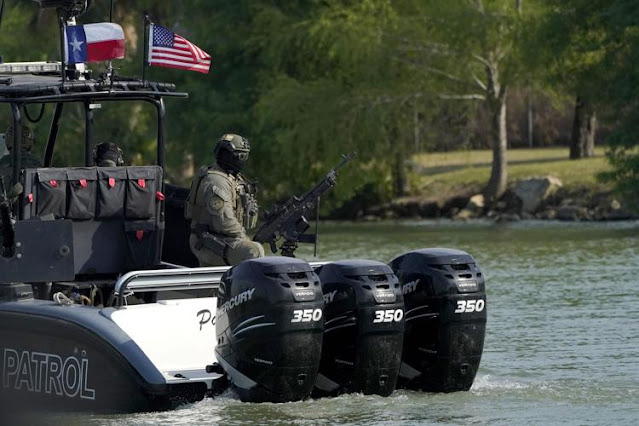 By Bethany Blankley
A federal court heard oral arguments this week in a case filed by Texas Attorney General Ken Paxton against the Biden administration demanding that it enforce public health immigration law at the Texas-Mexico border.
Briefs were also filed Tuesday with the U.S. District Court of the Northern District of Texas, Fort Worth Division.
“Under President Trump, the federal government utilized a body of laws known as Title 42 to rapidly expel illegal aliens at the border in order to preserve Americans’ and Texans’ public health in the midst of the Covid pandemic,” Paxton’s office said.
“Yet President Biden abandoned significant portions of Title 42 (and other related federal immigration laws), resulting in an explosion of illegal immigration at the border and an exponential increase in the costs Texans must bear in public resources. The Biden Administration persists in its conduct despite the prevalence of new surges and strains in Mexico and other countries – just as Texas is beginning to fully reopen.”
Currently, Mexico is experiencing a third wave of COVID-19, with confirmed case numbers increasing 53% from May to June and deaths increasing 42% over the same period, according to a Mexico News Daily report.
Despite this, those entering Texas illegally through Mexico include unaccompanied children and certain family units, who have been exempted from the CDC’s Title 42 process “without explanation or reason,” the brief states.
On May 12, the Department of Homeland Security announced that it began to exempt more people from Title 42. It began to “streamline a system for identifying and lawfully processing particularly vulnerable individuals who warrant humanitarian exceptions under the order. This humanitarian exception process involves close coordination with international and non-governmental organizations in Mexico and COVID-19 testing before those identified through this process are allowed to enter the country.”
According to a report by Axios, the White House “is considering ending [Title 42] as early as July 31.”
But Paxton argues that Title 42, “when it was faithfully enforced, was extraordinarily successful in expelling illegal aliens, protecting Americans’ public health, and preserving our limited public resources. The Biden Administration has unlawfully abandoned its legal duties, resulting in a massive increase in illegal immigration at the border, and in turn forced Texas to bear additional massive costs and harms. The Court must intervene to stop this insanity.”
Paxton is requesting the court to impose an injunction on the federal government to make it comply with laws passed by Congress.
Texas has sued the Biden Administration 11 times since January. Five of the 11 lawsuits are related to immigration, including the Title 42-COVID lawsuit.
Joining Texas in the lawsuit is the Immigration Reform Law Institute and the America First Legal Foundation.
Texas