Suspect in custody after deadly standoff in Levelland 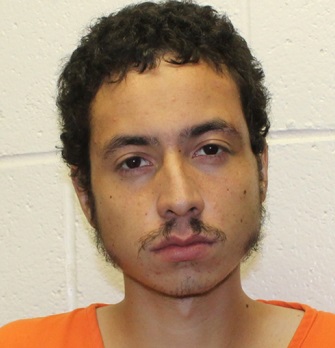 A Lubbock County Sheriff's Department sergeant was killed and four other officers injured when a man barricaded in a house fired on them during a standoff Thursday, police said.
The suspect, identified by officials as Omar Soto-Chavira, was taken into custody around 11:30 p.m., more than 10 hours after the standoff began. A robot and gas were used, and the 22-year-old ultimately surrendered, the Lubbock County sheriff told reporters at the scene.
The violence began after police in Levelland, west of Lubbock, were called to the home shortly after 1 p.m. after someone reported a neighbor was acting strange and walking around with a large gun, police Chief Albert Garcia said.
Officers held back and a police negotiator was called in. Police made contact, but the man inside "was very hostile" and said he did not want to talk to officers, Garcia said.
"It was only a matter of minutes after that contact that the suspect opened the front door to the residence and began firing," Garcia said.
Lubbock County sheriff's Sgt. Josh Bartlett, commander of the SWAT team, was shot and killed shortly after 2 p.m., the sheriff's office said.
Four other law enforcement officers were injured, authorities said. The most seriously injured was a Levelland police officer who was rushed to a hospital and underwent surgery, Garcia said. That officer is out of surgery, according to the chief. He was in critical condition but stable.
Soto-Chavira was the only one inside the home and no one else was involved, Garcia said after his arrest.
The investigation is in its early stages, police said, and a motive was not disclosed. The Texas Rangers will take over the investigation, Garcia said. They will likely file capital murder and attempted capital murder charges, Lubbock County Sheriff Kelly Rowe said.
Police from other agencies, as well as the federal Bureau of Alcohol, Tobacco, Firearms and Explosives and the FBI, were assisting, he said.
Authorities said the man inside the home was known to police.
"Have we had prior contact with this person? Yes, we have," Hockley County Sheriff Ray Scifres said earlier Thursday, but he declined to elaborate at that time when the situation was ongoing.
The man arrested may have encountered a Texas Highway Patrol trooper earlier in the day, Garcia said.
The trooper reported that around 11 a.m. he was at a traffic stop when a person driving recklessly in a white Chevy truck "appeared to be trying to bait him into some type of confrontation," Garcia said.
That driver appeared to be heading to Levelland, and police looked for the truck but did not find it. When officers arrived at the home, they saw the pickup that had been reported in the driveway, Garcia said.
Bartlett, who had been with the sheriff's department for nine years, had a wife and children, and was an Army veteran who served several tours overseas, Rowe said.
"Our hearts, my heart and I know the entire country is with his wife and kids this evening," Rowe said.
Local