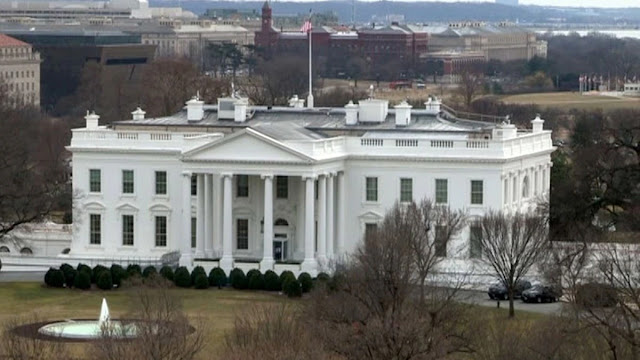 A White House staffer and an aide to Speaker Nancy Pelosi (D-Calif.) tested positive for the coronavirus this week, officials confirmed on Tuesday.
Neither individual had close contact with President Biden or Pelosi, officials said, but the cases reflect the ongoing threat of the virus to lawmakers, administration officials and their staff as coronavirus cases spike across the country.
White House press secretary Jen Psaki told reporters there had been other positive tests among White House staffers, though she did not provide details on how many or when they happened.
"The news today is that while breakthrough cases will happen, the vaccines are effective and prevent serious illness and death," Psaki said.
The White House is not considering a change in its health protocols in light of the positive tests, Psaki added. Those close to Biden are tested regularly and follow federal guidance on masking and distancing, and staffers are asked to stay home if they show symptoms associated with the virus.
Biden, who is 78, was fully vaccinated against the virus in January.
Drew Hammill, deputy chief of staff for Pelosi, said a senior spokesperson in the Speaker's office tested positive on Monday, days after aides met with Democratic Texas state lawmakers who traveled to Washington, D.C., in a bid to stop the passage of a new state elections law.
The staffer is fully vaccinated, Hammill said, and they have had no contact with Pelosi since testing positive.
"The entire Press Office is working remotely today with the exception of individuals who have had no exposure to the individual or have had a recent negative test," Hammill said in a statement. "Our office will continue to follow the guidance of the Office of Attending Physician closely."
Pelosi, who is 81, was fully vaccinated in January.
The development set off alarm bells on Capitol Hill. Masks had been absent for weeks, but on Tuesday, Pelosi and her aides and security detail walked into a closed-door caucus meeting wearing them. Dozens of aides, reporters and other personnel in the Capitol complex could be seen sporting masks as well.
Also, for the first time in weeks, a line formed at the COVID-19 testing site in the Capitol's basement.
Axios first reported that a White House staffer also tested positive Monday. The person, who is fully vaccinated, has mild symptoms but was determined not to have been in close contact with senior White House officials. The White House staffer and Pelosi aide attended the same event last week on a rooftop at Hotel Eaton in Washington, D.C.
"The White House is prepared for breakthrough cases with regular testing. This is another reminder of the efficacy of the COVID-19 vaccines against severe illness or hospitalization. We wish our colleague a speedy recovery," a White House official told Axios.
The White House Correspondents Association said there is no indication the individual had any interactions with the press.
Several Texas Democrats who traveled to Washington, D.C., and met with Democratic lawmakers and Vice President Harris have since tested positive for the virus. Harris has tested negative for COVID-19 in the days after her meeting with the Texas lawmakers, who are pushing for Congress to pass voting rights legislation.
Coronavirus cases are on the rise throughout the country as the more contagious delta variant spreads, particularly in unvaccinated communities. Experts have cautioned that vaccinated individuals may still test positive for the virus, but that the vaccines reduce the risk of serious illness.
The U.S. reported roughly 35,000 new confirmed virus cases Monday, a nearly 200 percent increase from just two weeks ago, according to The New York Times.
National