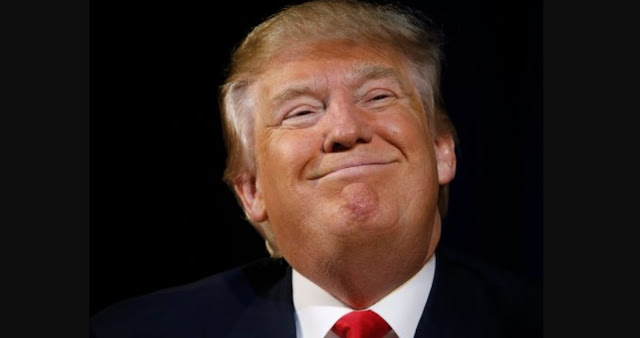 Ambitious Republicans with eyes on their party’s 2024 presidential nomination are treading cautiously in their political pursuits, wary of upsetting former President Trump.
With early auditions for the GOP’s presidential nod already underway, would-be candidates are grappling with just how aggressive they should be in their overtures. They are aware that appearing too eager or garnering too much attention risks upsetting a former president who has openly floated the possibility of a 2024 comeback campaign.
“Donald Trump likes being the center of attention,” one veteran of several Republican presidential campaigns said. “He likes the idea that the nomination is his if he wants it.”
“So there’s a real dilemma here if you’re a Ron DeSantis or a Nikki Haley, because you need to get your name out there and make those connections with donors and voters without stepping on Donald Trump’s toes.”
For some potential 2024 contenders like Florida Gov. Ron DeSantis (R) and South Dakota Gov. Kristi Noem (R), the political jockeying can be chalked up to the fact that they are running for reelection in 2022. Other prospective candidates — former U.S. Ambassador to the United Nations Nikki Haley and former Secretary of State Mike Pompeo, for example — say that they are merely working to boost Republicans ahead of next year’s midterms.
“Everyone is using 2022 as an excuse to get some exposure,” said Saul Anuzis, a Republican strategist and former Michigan GOP chair. “There’s a series of venues and opportunities right now for candidates to effectively, and yet tactfully, engage in the political process without drawing the ire of President Trump.”
In a sign of deference to Trump, Haley has already ruled out a possible White House bid if Trump decides to run again. Likewise, former White House chief of staff Mark Meadows told the Washington Examiner last month that he does not think DeSantis would run for president in 2024 if Trump enters the race.
“I think Ron DeSantis is identified across the country now for the courage that he shows for conservative solutions, and he would be the first to say that if President Trump gets in, that he would win the nomination and would clear the field, and so I don't ever see it being a 2016 primary scenario,” Meadows said.
The expectation among many Republicans is that the field of potential 2024 presidential candidates would bow out of contention if Trump decides to pursue a comeback campaign, given the former president’s sway over the GOP base and penchant for attacking anyone whom he sees as a political rival.
“I doubt, if he decides to run, that someone’s going to want to challenge him at this stage in the game,” Anuzis said. “There’s really no reason to do that.”
But Trump’s presence hasn’t stopped other Republicans from garnering the interest of party donors and leaders.
Several would-be candidates have paraded through Iowa, the first-in-the-nation presidential caucus state, over the past several months for fundraisers and speaking engagements, stirring speculation about their 2024 plans.
And a straw poll at the Western Conservative Summit in Denver last month showed DeSantis narrowly edging out Trump for the 2024 presidential nomination, 74.1 percent to 71.4 percent.
“Trump is definitely afraid of DeSantis. There’s no question in my mind about that,” Keith Naughton, a veteran Republican strategist, said. “They clearly see him as popular and as a threat to Trump and as someone who could usurp him.”
Still, nearly six months after leaving the White House, Trump remains the de facto leader of the Republican Party. A Quinnipiac University poll released in late May found that two-thirds of GOP voters want the former president to run again in 2024, while less than one-third — 30 percent — said he should not.
One GOP donor said that Trump is still far and away the favorite for the party’s 2024 presidential nomination, but that there’s widespread interest in other potential candidates should Trump decide against another campaign.
But the donor said that most party leaders and donors are “keeping their powder dry” until Trump announces his decision on 2024.
“Everybody understands the position that these candidates are in,” the donor said. “Everybody is respectfully interviewing the potential field by giving them opportunities to participate, helping them get exposure, having these conversations.”
Trump signaled this week that he has already made a decision on 2024, though he hasn’t yet said what it is. Asked by Fox News’s Sean Hannity during a town hall event in Texas on Wednesday whether he had made up his mind on another presidential run, Trump responded bluntly: “Yes.”
He has also recently returned to the rally circuit as he looks to keep himself in the public eye in his post-presidential life. He made an appearance in Wellington, Ohio, in late June and appeared at another rally in Sarasota, Fla., on Saturday night.
Still, the 2024 GOP nominating contest is more than 2 1/2 years away, and some Republicans acknowledge that the political climate — and Trump’s fortunes — could change quickly.
On Thursday, the Manhattan District Attorney’s Office hit Trump’s private business, the Trump Organization, and its chief financial officer, Allen Weisselberg, with tax-related charges, taking aim at a company that played a central role in building Trump’s public persona.
Prosecutors have said their investigation is ongoing, raising the possibility that it could eventually ensnare Trump himself.
There are also questions about whether Trump can maintain the same level of influence he currently has over the GOP and its voters in the coming years. An NBC News poll released in late April found that 50 percent of Republican and GOP-leaning voters said that they are more supportive of the party itself than of Trump. Slightly less — 44 percent — said they support the former president more than the GOP.
Anuzis, the former Michigan Republican Party chair, said that despite Trump’s possible 2024 ambitions, would-be presidential contenders shouldn’t put their plans on hold — at least not yet.
“There’s nothing stopping virtually any potential candidate from doing 99 percent of all the things they have to do to prepare for the possibility of being the Republican nominee in 2024,” Anuzis said. “He just creates pause for people.”
National