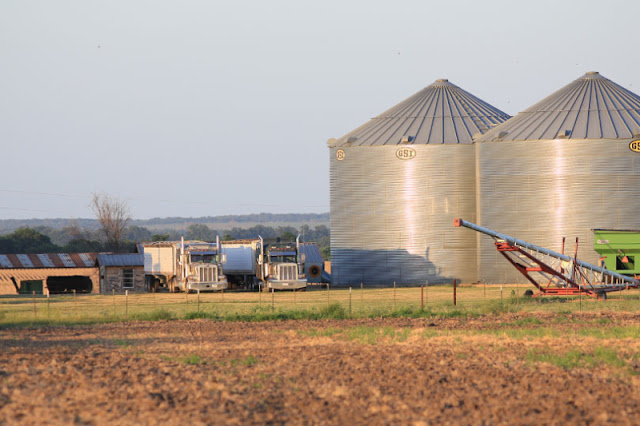 By Jennifer Dorsett
A farmer’s job isn’t over after crops are harvested. Grain crops must be safely stored until the commodity is sold.
In the U.S., an estimated $2.5 billion is lost each year from stored grain insect damage, according to Richard Alford, director of Sales of Specialty Products for Central Life Sciences.
Stored grain insects—such as beetles, weevils, borers and moths—pose a significant threat to stored corn, rice and wheat in Texas. Insect infestations can cause contamination, odor and mold.
Most importantly, they reduce the value and overall quality of stored crops.
“We have a line of products that give the farmer and the grain elevator a lot of flexibility for controlling insects in their grain,” Alford said in an interview with the Texas Farm Bureau Radio Network.
In the past, Alford noted the only option was to fumigate grain in storage after infestations were identified. Now, insecticides, insect growth regulators and synergist products to increase efficacy can all be used to safely treat grain as it’s being loaded into storage bins.
“We’re able to treat that grain direct from the field as it’s going in the bin to prevent that damage from ever happening,” he said. “When farmers go to sell, they have well-conditioned, clean grain.”
Many farmers still wait until they see damage and then fumigate. While that is an option, Alford said fumigating grain that’s already infested can still cost farmers more money.
“Fumigation is still a wonderful thing to do and an option we need, but if we can eliminate the damage when you put the grain in the bin, it’s like putting $100 in the bank,” he said. “Do I want to pull $100 out, or do I want to just know that I only get $90 to $80 out? I’d rather get the $100 out. So, for a minimal investment, because you’re going to have to do something anyway, it’s better to protect that grain from insect damage in the first place.”
Knowing which insects may be present in the region is vital to finding the right grain storage protectant.
Local