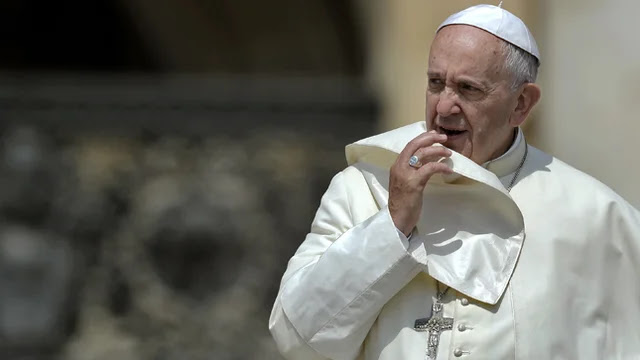 Pope Francis reimposed restrictions on Latin Mass on Friday in a move that goes against his predecessor Pope Benedict's previous decision in 2007 and sparked anger with church traditionalists.
Francis issued a new law, effective immediately, requiring bishops to approve celebrations of old Latin Mass.
New priests will also have to ask bishops for permission to celebrate old Latin Mass, according to the Associated Press.
The decision means that congregations where a priest has been performing a Latin Mass will have to do mass in the community's first language unless they receive permission to do the older Latin Mass.
Francis also took away bishops’ power to allow pro-Latin Mass groups to form in their dioceses. Groups that are already established must accept the Vatican II ruling and will need to meet outside of the church.
The Second Vatican Council meeting in 1960 modernized the church and allowed for mass to be celebrated in the people’s native language and not just in Latin.
Francis’s move reverses the decision of Pope Benedict XVI’s Summorum Pontificum in 2007 that was supported by traditionalist Catholics, but that Francis said divided the church.
Francis said a 2020 survey of bishops around the world reveals “a situation that preoccupies and saddens me, and persuades me of the need to intervene.”
Some Catholics criticized the move by the pope, saying it is the first time they’ve seen a sitting pope reverse a decision in such a strong way while the previous pope is still alive, the AP noted.
“This is an extraordinary rejection of the hard work for the church and the loyalty to the hierarchy which has characterized the movement for the Traditional Mass for many years, which I fear will foster a sense of alienation among those attached to the church’s ancient liturgy,” Joseph Shaw, chairman of the Latin Mass Society of England and Wales, told the AP.
World