Pope Francis back at Vatican after intestinal surgery 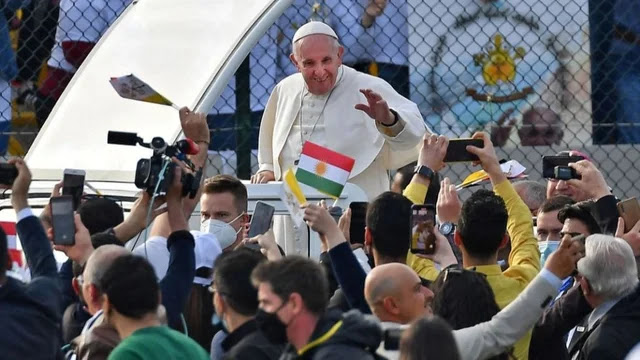 Pope Francis has returned to the Vatican after getting surgery for the narrowing of his large intestine.
The pope entered the Vatican on Wednesday, 10 days after his surgery and a few days after his first public appearance since the surgery, the Associated Press reported.
Before going back to the Vatican, the pope stopped at Rome’s Santa Maria Maggiore basilica to pray, a typical pitstop for the pope after a foreign trip.
During his prayer, Pope Francis “expressed his gratitude for the success of his surgery and offered a prayer for all the sick, especially those he had met during his stay in hospital,” Vatican spokesman Matteo Bruni said.
The pope had the left side of his colon removed on July 4 and was expected to leave the hospital this past weekend, but stayed extra days for rehabilitation therapy and recovery.
He made his first public appearance on Sunday from the balcony of his hospital room to lead a weekly prayer.
Pope Francis still has time to recover and won’t begin travel until September where he is expected to go to Slovakia and Budapest.
World