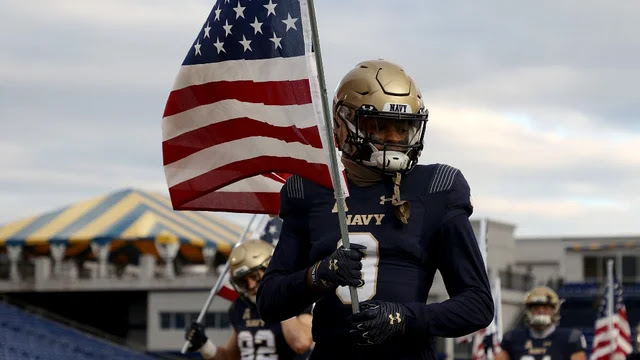 The Department of Defense (DOD) has allowed Navy Midshipman Cameron Kinley to pursue his NFL career.
NFL Network reporter Ian Rapoport shared on Tuesday that the DOD has “granted the opportunity” for Kinley to participate in training camp activities for the Tampa Bay Buccaneers.
In a statement, Kinley’s agency, Divine Sports and Entertainment, thanked the NFL, the NFL Players Association, Congress and media outlets for helping it push Kinley’s case, calling him a “fine young man.”
“Sometimes in life God tells us to be still. We do not always understand what he is trying to show us, but He always has an ultimate plan,” Kinley, who was a captain for the Navy football team, said in a statement. “The most valuable lesson I’ve learned throughout this whole process is to trust His timing and remain confident in the fact that God will always prevail.”
The Navy in June denied Kinley's request to delay his active-duty service to play in the NFL.
Florida Sen. Marco Rubio (R) wrote a letter to President Biden asking him to grant a waiver to allow Kinley to be on Tampa Bay’s active roster and saying that Kinley doesn’t want to terminate his commitment to the Navy.
“Grant Mr. Kinley’s waiver to play in the NFL, and send a message to future academy graduates that the United States is a country where Americans can follow their dreams and be true to their commitment,” Rubio wrote.
National