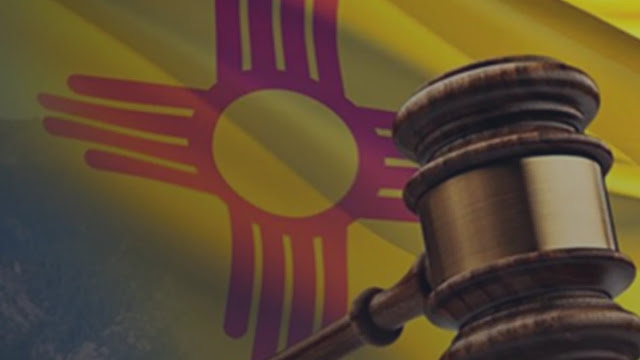 The New Mexico Supreme Court announced on Monday that gas stations have a legal obligation not to sell fuel to drivers who they believe are intoxicated.
Under the decision, gas vendors may be liable for negligently supplying gasoline to a drunk driver who could potentially injure other people.
The ruling Monday came in response to a request from the U.S. Court of Appeals for the Tenth Circuit to resolve a question of state law concerning the potential liability of a McKinley County retailer that sold gasoline to an intoxicated driver who ran out of gas in 2011. After refueling and returning to the highway, that driver crossed the center line and crashed into an oncoming vehicle, killing a person.
While New Mexico has no law that would prohibit the sale of gasoline to intoxicated drivers, the court’s majority wrote that a duty not to sell gasoline to someone who is drunk is consistent with liability for giving that person alcohol or a vehicle.
"A duty not to sell gasoline to an intoxicated person is consistent with liability for providing an intoxicated person with alcohol or a vehicle," The Court's majority wrote in an opinion by Justice Bacon. "Gasoline, alcohol, and the vehicle itself are all enabling instrumentalities involved in intoxicated driving. Gasoline is required to operate most vehicles today. Providing gasoline to an intoxicated driver is like providing car keys to an intoxicated driver. Accordingly, liability under negligent entrustment for the sale of gasoline to an intoxicated driver is consistent with New Mexico law."
Under the legal doctrine of negligent entrustment, the owners of potentially dangerous goods have a responsibility to supply those goods only to someone competent to safely use them. New Mexico courts have recognized in past decisions that the owner of a vehicle who entrusts an intoxicated person to drive it may be liable for injuries caused by the drunken driving.
The court reviewed past legal precedents, statutes and other principles of law in reaching its decision. The majority noted that the New Mexico Legislature this year prohibited the sale of hard liquor at convenience store gas stations one county. State law also holds businesses and others liable for selling or serving alcohol to intoxicated people.
In her dissenting opinion, now-retired Justice Barbara Vigil wrote that selling or serving alcohol is regulated and that laws don’t warrant extending liability for drunken driving to retail sales of nonalcoholic goods.
She noted that “this sea change in the law could have far-reaching consequences for retail businesses” — from auto parts stores and tire shops to mechanics and others who will be left guessing as to whether they are subject to the new duty.
The Supreme Court said it is unclear under the new law the legal duty established, how much investigation vendors must do to determine whether a person may be intoxicated when trying to refuel their vehicle, particularly when many motorists pay for gas at pumps rather than dealing with an attendant inside a station.
Local