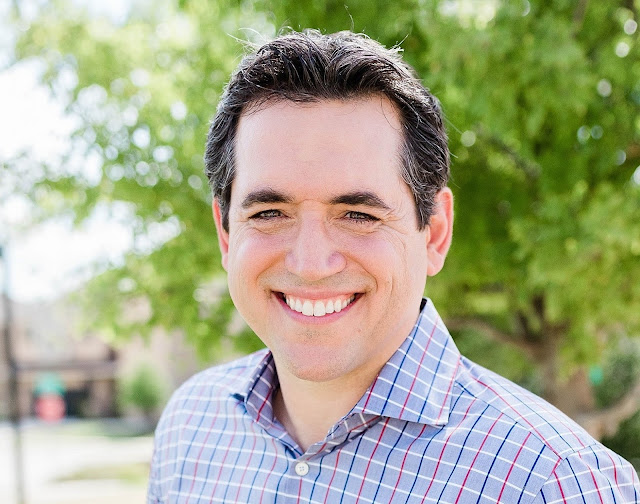 After a truncated one-month campaign, Matt Rinaldi will be the next chairman of the Republican Party of Texas (RPT) to finish out the term vacated by now-former Chair Allen West. Rinaldi pulled in 34 votes on the first ballot, a majority to secure the interim chairmanship.
West announced his pending resignation in early June and a special meeting of the State Republican Executive Committee (SREC) was set for July 11. That same day, Rinaldi, a former state representative, announced his candidacy for the impending vacancy.
The following day, SREC member and Orange County GOP Chair David Covey threw his hat into the ring.
Those two were followed at various points by Chad Wilbanks, a former RPT executive director and current consultant and lobbyist, and then Bill Burch, a GOP activist and fundraiser.
While four candidates were in the fold, it ultimately was a two-horse race which Rinaldi won by 13 votes. Both frontrunner candidates shared a duality vision of the party’s role with a focus both on legislative priorities and electoral functions.
Some SREC members considered Covey more experienced on the intra-party functions, being a county chair and SREC member, while Rinaldi was considered more proficient on the legislative portion, being a former state representative.
When asked how his previous criticisms of GOP elected leaders would play into his new role as chairman, Rinaldi emphasized working with the party as a whole heading towards 2022.
“Of course, we’re gonna reach out, and politicians go through this all the time,” Rinaldi said in an interview. “You have to have thick skin to be in the business. But yeah, sometimes you’re opposed. And then sometimes you’re working together. And as RPT chair, we do need to come together. Whether I personally endorsed somebody or didn’t before I was RPT chair, now we’re going to work together to make sure that we win in 2022.”
Rinaldi will now finish out West’s term until the state convention is held next year.
West’s roughly one-year tenure has been fraught with ruffled feathers and open rhetorical conflict with GOP elected officials. He made no bones about that strategy and built a support base within the party that was upset with Republican legislators’ failures to pass Texas GOP priorities.
But he was also met with opposition from ranks within the party that either didn’t support the open criticism of fellow Republicans or objected to the party’s role in the legislative process.
The division within the party over its direction certainly predated West’s tenure and is not going to dissipate entirely.
But the task of the new chair is now to move the party forward with an eye toward the 2022 midterms.
Texas