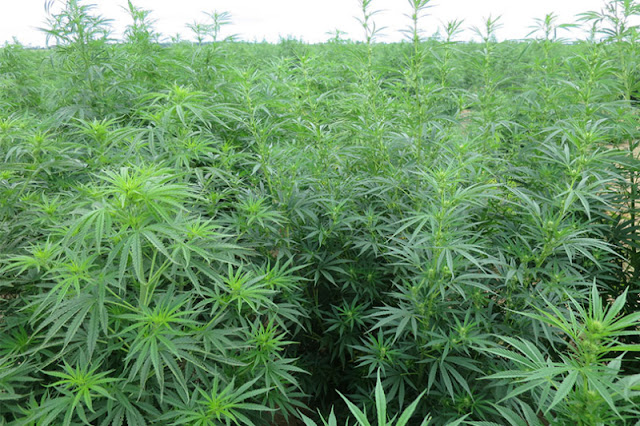 By Jennifer Whitlock
Despite initial predictions of the crop as a hot commodity, industrial hemp has yet to become a profitable option for the majority of Texas farmers.
There are many hurdles those in the Texas hemp industry must still overcome, but Dr. Calvin Trostle, Texas A&amp;M AgriLife Extension agronomist and statewide hemp specialist, said that doesn’t mean it may not become a viable crop option in the future.
“As an alternative crop, the hemp industry in Texas is still in its infancy,” he said. “There is a massive amount of education going on, but we’re still trying to determine what varieties are adaptive so that we can help producers avoid headaches.”
When industrial hemp was first legalized in Texas in 2019, there was a rush to plant varieties to be harvested for cannabidiol (CBD) production. But of the approximately 132,000 acres of CBD hemp harvested in the U.S. that same year, most never made it to processing. Trostle noted that’s likely because supply far outpaced demand.
It is now estimated as few as 40,000 acres could meet CBD demand in 2021.
“It doesn’t take many acres to produce CBD for the end-product,” he said. “Around 25 acres producing average yields can fill 1 million bottles that contain about 1 gram of CBD.”
Hemp can also be grown for grain or fiber, and it’s these purposes to which Trostle said Texas farmers may turn their eyes toward in the future.
But a combination of further research and development, lower seed costs, better genetics and improved processing infrastructure will be necessary before those uses are given much consideration.
A major challenge is that many grain and fiber varieties tend to perform better in climates above the 40th parallel north line, he noted. Plants that should not flower until they were 6 feet tall or more may enter reproductive stages at only 6-7 inches in height.
“The challenge we are trying to address in fiber and grain varieties is that most types are adapted to latitudes further north–Canada, Ukraine, Poland, France–and are very photo-period sensitive,” Trostle said. “It’s not the heat units and sun they need like cotton. It’s longer summer days for growth and then increasing length of night to trigger reproduction. Plant reproduction is triggered far too early this far south.”
Astronomical seed costs are another issue. Currently, CBD hemp seed varieties cost around $1,200-$3,500 per acre. Compared to corn, which may cost about $75-$100 per acre, or sorghum at $8 per acre, the expense is unjustifiable.
The lack of processing facilities for fiber or grain hemp crops is a hindrance, as well. And more research into hemp as a grain crop for animal feed is needed. Trostle said there have not been enough trials to date testing hemp biomass for animal feed purposes.
There are some successful hemp farmers in Texas, however. They are mostly small, organic operations which produce hemp for CBD production, process the flowers and sell products direct to consumers under private labels, according to Trostle. It’s a labor-intensive and time-consuming process often undertaken only by those who are well-versed in the entire scope of hemp production.
“There are very few producers who are just growers, because the grower value is only 1-2% of the retail value, which is very low by any crop standard,” he said. “The ones who are succeeding are integrated vertically and may be producing organic products and capturing more of the end dollar.”
AgriLife Research scientists and AgriLife Extension specialists continue to study industrial hemp and conduct growth trials, but funding for research has dried up as interest waned. There is much work to be done to bring input costs down and end-use options up before the crop will be truly viable in Texas, Trostle added.
“The fantasy of growing hemp and making tens of thousands of dollars per acre is behind us, and now we’re looking at how to make hemp a viable option for growers,” he said. “I think there is a future for industrial hemp in Texas, but it’s going to take time, effort and investment.”
Local