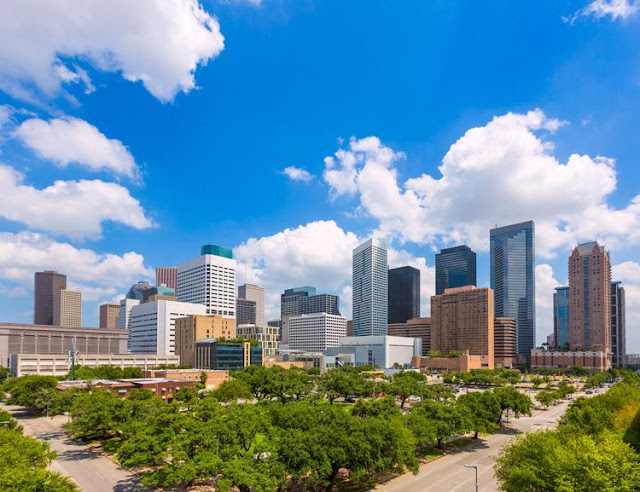 By Bethany Blankley
Violent crime and homicides are surging in major Texas cities, but Houston’s increase in homicides leads the U.S.
And in the state legislature, state Sen. Paul Bettencourt, R-Houston, is attempting to do something about it.
A 73-year-old woman kidnapped and robbed while at work; a 62-year-old woman shot while going to the gym; individuals shot while pumping gas; a shoot-out in broad daylight in a residential neighborhood requiring SWAT to pursue alleged perpetrators on foot and shutting down part of I-10; a Harris County deputy sheriff shot by an offender let out on bond for felony theft – all are examples of violent crime regularly occurring in Houston. And it’s not letting up.
In June, the nation’s third-largest city saw a 35% increase in homicides, much higher than that reported in Chicago, Los Angeles and New York City.
Homicides in Houston rose at a quicker rate than any other major city in America, with 222 Houstonians murdered as of June 21, 2021, a 35% increase from 2020 and a 91% increase from 2019.
By comparison, New York City’s homicide rate increased by 17%, and Los Angeles’ by 23%, cities whose populations dwarf Houston’s. Houston’s population of roughly 2.3 million people is nearly half the size of Los Angeles’s, and almost a quarter the size of New York City’s.
The backlog of criminal court cases in Harris County alone is roughly 100,000, Houston Mayor Sylvester Turner said at a recent news conference. He also pointed to increases in gang-related activity as a contributing factor as well as domestic violence and road rage.
The Houston Chronicle reports there’s a “crisis in the courts.” In 2020, 18,796 defendants were charged with new felonies and misdemeanors while out on bond, triple the number from 2015. In 2020 in Harris County, roughly 89,600 individuals were charged with felonies and misdemeanors.
While the Houston Police Department’s homicide division has received more investigators and additional overtime funds, Gov. Greg Abbott also directed the Texas Department of Public Safety to provide additional support.
Austin is not far behind, although the state's capital city has a significantly smaller population. Its murder rate increased by 79% from May 2021 to May 2020, with kidnappings increasing by 4% and aggravated assaults increasing by 15%.
In Dallas, more than 100 people have been murdered so far this year, representing a 6.25% increase since 2020. Reports of human trafficking have also increased by 25% since last year.
In many counties, judges are releasing alleged criminals on low-cost bail, or without cash bail, which critics argue is contributing to the crime surge.
Former Houston Police Chief Art Acevedo last fall told reporters, “If you would tell me I’d be in a major U.S. city and violent criminals would get out in Texas on $100 bonds, I would have said you’re crazy.”
Releasing suspected violent criminals on bond also makes it harder to solve crime, he said, because witnesses are scared to cooperate.
“If you witness a murder, and you’re seeing time and again that the murderer is going in one door and, a day or two later, they’re back out, our level of cooperation is quickly going down,” Acevedo said. “People are afraid, and they should be afraid.”
By January, Abbott had made bail reform a legislative priority for the 87th Legislative Session, which the Republican-led legislature failed to pass. Abbott then called a special legislative session to prioritize bail reform, and ten other legislative items.
Crime Stoppers of Houston, the leading public safety organization in Texas, identified the broken bail system as a public safety concern two years ago.
In late 2019, Crime Stoppers’ Director of Victim Services, Andy Kahan, noticed a pattern of defendants charged with murder being released on multiple felony bonds, bond forfeiture and/or a personal bond. By mid-March 2020, he began tracking data from court records. He found that victims were killed by Harris County suspects who were defendants that had been released on multiple felony bonds, or had a bond forfeiture reinstated, a motion to revoke bond denied, and/or were released on a PR Bond.
However, Houston Public Media reports that criminal justice experts argue bail policy is not the cause of escalating crime.
"The homicide increase was really across the board encompassing cities that had engaged in bail reform and those that had not," Richard Rosenfeld, a criminologist at the University of Missouri in St. Louis, argues. Rosenfeld co-authored a report that found that homicides increased by 30% in 34 major cities regardless if they had implemented bail reform or not.
But Kahan argues that based on the data he’s reviewed, “the revolving door at courthouse is playing a significant, major role in the increased crime rates. Get a grip on the courthouse and you will get a grip on what’s happening with crime.”
“Public safety is the primary concern right now in Houston and something has to be done to protect our community,” Sen. Bettencourt argues. Bettencourt filed legislation to prohibit magistrates from releasing a defendant on a PR bond for offenses committed while out on an existing PR bond, or on a felony offense when two or more other felony charges are pending against the defendant.
His bill, SB 532, never made it out of a Republican-majority committee in the Senate. It was named after Caitlynne Infinger Guajardo, after she and her unborn child were allegedly murdered by a violent offender who was out on multiple PR bonds.
“America is the land of second chances but that doesn’t mean that you get a third, fourth, or fifth chance to then go out and commit some serious offense like shooting a Deputy Sheriff or killing a citizen of Harris County,” Bettencourt said.
Texas