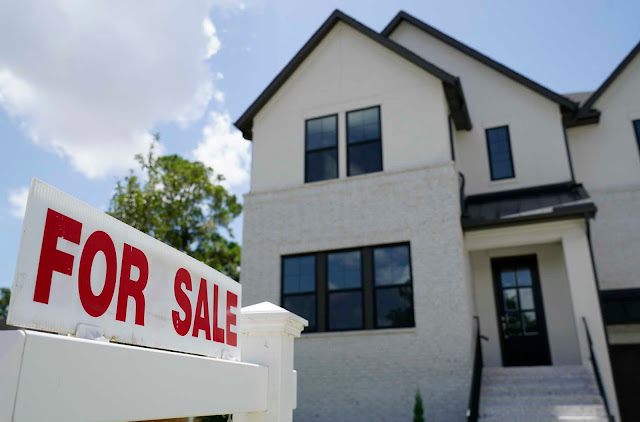 The median sale price of an existing home rose to a record high of $363,300 in June as purchases broke a four-month streak of declines, according to data released Thursday by the National Association of Realtors (NAR).
As home sales rose 1.4 percent last month, the median sale price of an existing home soared 23.4 percent in the year since June 2020 — just 0.2 percentage points below May’s record-setting annual increase. The median sale price of an existing home one year ago was $294,000.
A small increase in the housing supply helped sales increase for the first time since February, said NAR chief economist Lawrence Yun, but did little to cool the staggering rise in prices that suppressed sales earlier this year.
"Supply has modestly improved in recent months due to more housing starts and existing homeowners listing their homes, all of which has resulted in an uptick in sales," Yun said.
"At a broad level, home prices are in no danger of a decline due to tight inventory conditions, but I do expect prices to appreciate at a slower pace by the end of the year,” he continued.
Home sales and prices skyrocketed through most of 2020 thanks to a combination of ultralow interest rates, federal stimulus and a rush of buyers eager to expand or add to their living spaces while locked down.
But as a severe lumber shortage and other short-term supply issues drove prices even higher earlier this year, sales began to cool off while still above pre-pandemic levels.
While the sharp increase in prices has created a windfall for homeowners, its also raised alarms among economists and affordable housing advocates. Many potential first-time buyers are already priced out of the market and expanding the housing supply enough to drive down prices could take years.
"Huge wealth gains from both housing equity and the stock market have nudged up all-cash transactions, but first-time buyers who need mortgage financing are being uniquely challenged with record-high home prices and low inventory," Yun explained. "Although rates are favorably low, these hurdles have been overwhelming to some potential buyers."
National