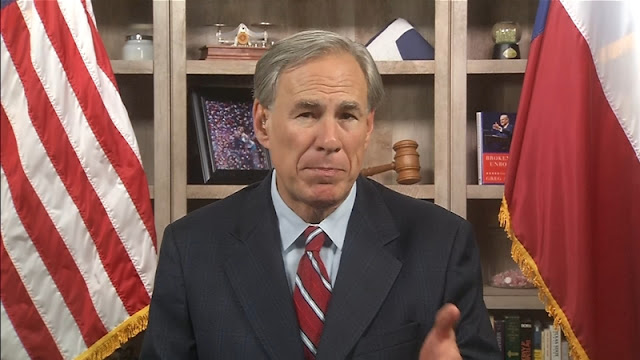 Texas legislators will return to Austin on Thursday to finalize work on some of the most controversial conservative priorities that have emerged in states across the country this year.
Gov. Greg Abbott (R) said in a statement Wednesday that the legislature would tackle a major package of election overhauls that failed at the last minute in May when House Democrats staged a surprise walkout, denying a quorum and killing the bill.
Republicans had pledged to revive the legislation, which makes changes to rules related to early voting and curbside voting, bans round-the-clock voting centers and eliminates straight-ticket voting. It would also limit the use of drop-boxes for those who cast absentee ballots.
In an effort to force legislative action after the walkout, Abbott vetoed a budget provision that would have funded the state legislature itself.
The Texas voting overhaul is among the most comprehensive in a series of measures across the country aimed at reforming election rules in the wake of the 2020 elections. Republican governors have signed similarly sweeping bills in states like Arizona and Georgia, and legislators have passed measures that have been or will be vetoed by Democratic governors in Michigan, Pennsylvania and Wisconsin.
Texas legislators will also take up a measure meant to ban teaching of critical race theory, after a similar measure died in the state House. Opponents of that measure have criticized it as overly vague, putting teachers at risk of legal action if they discuss issues well outside the purview of critical race theory.
Abbott is also seeking action on a bill prohibiting transgender people from participating in sports leagues that conform to their gender identity, another top priority of conservative legislatures this year.
And legislators plan to consider a bill to hold social media companies to account if they ban or censor certain kinds of speech. That measure, which has become a Republican priority after Twitter and Facebook banned former President Trump from their platforms over his incitement of the Jan. 6 insurrection, is likely to open a new front of the culture wars in conservative legislatures this year and next.
Finally, the legislature will take up a bill to bar doctors from prescribing abortion-inducing drugs by mail or delivery service. The measure would also toughen laws related to reporting abortions performed in the state.
“We have unfinished business to ensure that Texas remains the most exceptional state in America,” Abbott said in a statement announcing his legislative priorities.
The special session is Abbott’s last chance to bolster his conservative credentials ahead of his 2022 re-election bid, when he will face at least two challenges from the ultra-conservative wing of the Texas Republican Party.
Former state Sen. Don Huffines (R) and Allen West, the former Florida congressman who will resign as chairman of the Texas  Republican Party next week, have both said they will run against Abbott.
A poll released Sunday by the Dallas Morning News and the University of Texas-Tyler showed 50 percent of Texans approved of the job Abbott has done as governor. Eight in 10 Republicans like the job Abbott has done so far.
Among those Republican voters, 52 percent said they would favor Abbott in a GOP primary. Thirteen percent said they preferred a more conservative Republican, while 22 percent said they wanted to see a candidate more in the mold of Trump.
Abbott hosted Trump last week during a tour of the Southern border, and Trump has reciprocated by endorsing Abbott for another term.
Texas