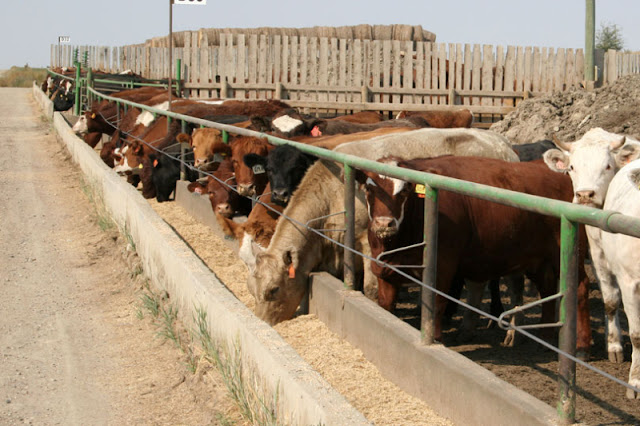 By Jennifer Whitlock
After facing wild swings during the height of the COVID-19 pandemic, cattle prices are showing signs of improvement.
However, there are many factors at play that can influence cattle markets in both the short- and long term, according to Texas A&M University Professor and Extension Economist Dr. David Anderson.
Feeder cattle prices are currently being pressured by high feed costs, particularly for corn and soybean meal. Anderson noted this year’s fed cattle prices are more than $25 per hundredweight higher than they were a year ago and above the five-year average, but they are still not as high as ranchers and cattle feeders would like to see.
“We still face some problems in terms of capacity constraint. We have less packing capacity than in years past with the pandemic and plants operating slower, so that leads to two things: higher prices at wholesale and retail, but lower prices for cattle producers,” he said. “But we are seeing some higher prices as supplies of cattle begin to tighten up a little bit. We’ve got some higher prices for fed cattle, and I think that’s supporting calf and feeder prices, as well, in the last few weeks.”
This May, U.S. Department of Agriculture (USDA) data show 1.87 million head were marketed, or shipped for slaughter, while another 1.91 million head were placed on feed. This brought feedlot inventory on June 1 to 11.7 million head, the second-highest inventory for June since the series began in 1996.
In Texas, cattle on feed showed a similar trend. An estimated 470,000 cattle were placed on feed and 430,000 head were marketed, leaving total feedlot inventory in the state at 2.85 million head.
Despite the large number of cattle on feed, placements were down 7% from 2020 and marketings of fed cattle were up 23% year-over-year. Feedlot inventories have dropped overall by more than 3% since February, the biggest drop over that same period since 2012.
The numbers reflect ongoing drought conditions in the western half of the U.S., according to Anderson. A long-running drought is taking its toll on regional cattle herds, with a larger number of beef cows being culled and sent to market than in years past.
Beef cattle slaughter in the Texas-New Mexico-Oklahoma region over the last three months was the largest since 2011, he noted.
What this all likely means for ranchers and feeders in the long term is higher cattle prices. Anderson compared the situation to the intense drought gripping Texas and Oklahoma in 2011-2012 that led to record-high cattle prices in 2014-2015 as demand outstripped availability.
“As this drought develops and we cull more cows in the West, we move that same direction. Now, do we cull enough to get to what we saw in ‘14 and ‘15? I think that’s a good question and an open question, but we’ll certainly see more culling and tighter supplies in the future and higher prices,” he said.
Anderson noted  fewer dairy cattle are being slaughtered, which he said can be credited to higher milk prices. Despite some volatility at the beginning of the pandemic, dairy farmers have seen better profits in recent months that allow them to maintain herd sizes.
But cull cow prices are higher than a year ago, even with increased slaughter. Anderson attributes those higher prices to consumer demand for beef.
“We have a really tremendous demand situation for our beef. Customers like the product, and we’ve got economic growth, falling unemployment, more people finding jobs. And as they spend that money, I think beef is one of those things that benefits,” he said. “I feel as though we really have some incredible beef demand and that’s supporting this cull cow market. Because we’re all going out again, and we all like hamburgers.”
Local