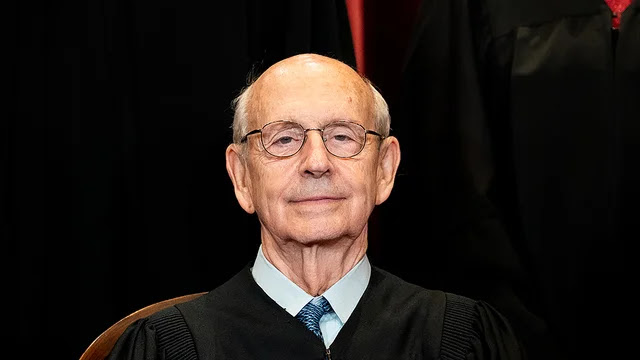 Supreme Court Justice Stephen Breyer told CNN in a new interview that he is undecided on retirement.
The 83-year-old justice said “no” when CNN legal analyst Joan Biskupic asked if he has decided when he will retire.
He also detailed two reasons that would contribute to any decision to leave the court.
"Primarily, of course, health," Breyer said. "Second, the court."
Liberals have been urging Breyer to step down while the Senate and White House are under Democratic control so a younger, liberal justice can replace him.
However, Breyer is happy with his position as the top liberal justice on the court and can influence private discussions between his colleagues, CNN noted.
It has "has made a difference to me," Breyer told the network.
"It is not a fight. It is not sarcasm. It is deliberation,” he added.
As liberals pressure Breyer to step down, Senate Majority Leader Charles Schumer (D-N.Y.) recently said that Senate Democrats "stand ready to expeditiously fill any potential vacancies on the Supreme Court should they arise."
National