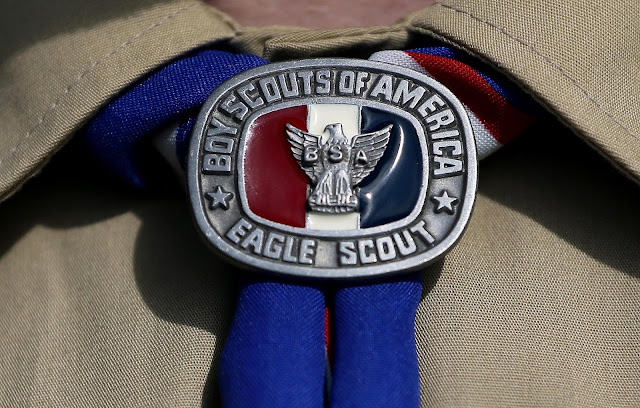 The Boy Scouts of America (BSA) has reached an $850 million settlement with tens of thousands of people who filed claims of sexual abuse against organization volunteers and leaders, marking the highest payout in a child sexual abuse case in U.S. history.
The settlement, which was filed in the U.S. Bankruptcy Court for the District of Delaware on Thursday, comes more than a year after the century-old organization filed for Chapter 11 bankruptcy amid a wave of sexual abuse lawsuits.
More than 84,000 people are part of the law suit that won the settlement, which stems from claims that date back as far as the 1960s of sexual abuse of boys in the organization.
The Thursday amount is larger than what the BSA initially proposed in March, when it said it planned to exit bankruptcy and put $220 million into a trust for victims, with local organizations potentially contributing another $300 million, bringing it to an average payout of $6,000 per claimant.
Under the Thursday settlement, each claimant would receive about $14,000, with about 60,000 survivors eligible to receive a payment, according to USA Today.
As part of the agreement, the BSA has also agreed that insurance rights for the past 40 years will be put into a trust, which will be controlled by a survivor’s group.
The BSA will also grant the settlement trust access to all records related to allegations of abuse, as well as implement protective measures throughout the BSA’s programs.
Ken Rothweiler, an attorney who represented more than 16,800 people who brought forth abuse claims against the youth leadership organization, said in a statement Thursday, “I am pleased that both the BSA and their local councils have stepped up to be the first to compensate the survivors,” according to NBC News.
“We will now negotiate with the insurers and sponsoring and chartering organizations who have billions of dollars in legal exposure, of which a substantial portion is necessary to fairly compensate the survivors,” he added.
The BSA said in a statement that the settlement “will help local councils make their contributions to the Trust without additional drain on their assets, and will allow them to move forward with the national organization toward emergence from bankruptcy," according to NBC.
“There is still much to be done to obtain approval from the Court to solicit survivors to vote for the BSA’s amended Plan of Reorganization,” the group added. “However, with this encouraging and significant step forward, the BSA is wholeheartedly committed to working toward a global resolution.”
“Our intention is to seek confirmation of the Plan this summer and emerge from bankruptcy late this year,” the BSA said.
The Boy Scouts had said in a March bankruptcy court filing that it planned on selling dozens of Norman Rockwell paintings and oil and gas interests in 17 states to help pay for its settlement with sexual abuse survivors.
National